A Piggy Interview WithSean Morley (I Apologise for My Recent Behaviour)

Tell me about your Edinburgh Show

I Apologise For My Recent Behaviour is a show about saying sorry. It is a show that is filled with entrapment. Everyone comes away stinking of guilt. Meanwhile, outside the show, everything continues as normal.

I performed at a gong show in Derby. I spoke exclusively about earwigs. It was neither a bitter failure nor a turbulent success which was unhelpful at the time as I was looking for a definitive sign as to whether I should continue. The promoter told me afterwards that he’d never seen anyone go back over and talk about their own material before. He seemed genuinely confused – but not annoyed. His eyes contained nothing but sympathy.

I fill myself with a wild enthusiasm that I can neither control or enjoy. The greatest threat to my success here is myself. Please behave yourself today Sean.

My best review and worst review was when after the semi-finals of the BBC Comedy Awards Mark Watson said I might have done okay if I didn’t go on directly after the audience were given a warning that if the winds picked up speed any further everyone would be required to evacuate. It was very kind of him and to this day I think he meant it.

No. But this won’t stop me scanning every inch of print and web for mention of my name and internalising every word said about me as the objective truth.

Objectivity in the arts is the tooth fairy for adults. If you want to be successful you must appeal to the value system of the kind of person capable of becoming a professional reviewer – the tight cabal of coughing men, sitting at the back coughing into their notebook. I hope to god they cough me up some stars this year.

I believe he committed a criminal offence because he was fined £800. The courts get to decide what’s criminal, not me (sadly). Happy to comment on the morality of being racist though if you’d prefer: it’s bad. This is a leading question that conflates a debate about what ought to be the remit of the criminal justice system regarding hate speech and what is the moral status of a guy who makes anti-semitic jokes to an audience of tens of thousands. I think this question should be fined £800.

Are there any subjects that not suitable for comedy?

I think this misrepresents the debate. People aren’t calling to outlaw subjects, but there are people who are rightly critical of harmful normative beliefs being platformed. I’d personally never say we should never talk about tables in comedy – some of my favourite comedy is table comedy – but I’d understandably object if someone got up and said “I think we should throws tables at people from the Dominican Republic”.

No. My every action is calibrated by an intense anxiety that keeps me in check.

Looking back over your time as a comedian, tell me about the best gig of your career?

The Glang Show (any)

Find Sean Morley on the web - 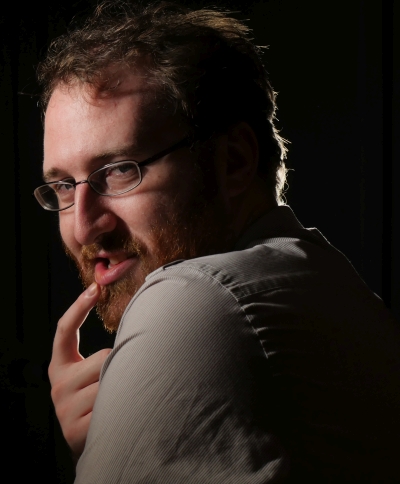 Find Sean Morley on the web -

Objectivity in the arts is the tooth fairy for adults. If you want to be successful you must appeal to the value system of the kind of person capable of becoming a professional reviewer – the tight cabal of coughing men, sitting at the back coughing into their notebook.