I can’t remember… is Sophie Cartman the underprivileged London one or the feral Scottish winner of the Steve Bennett Lower Class Munificence Outreach Award? At any rate she is producing reviews for Chortle at the rate of one a week, so we’re tempted to tell Steve he’s on a losing wicket here. YOU JUST CAN’T HELP THESE PEOPLE, STEVE!

I’m joking! It’s just a shame about the low output because Sophie Cartman is actually rather good. For a start her allusions chime: when she says that Romina Puma is “like a teacher trying to get a laugh at assembly to prove she’s just like the kids”, I know just what she means. “Her careful, almost over-rehearsed, anecdotes depict her as someone desperate to be liked … Callbacks felt more strained than organic … clichéd set-ups…” whoa! Okay Sophie. Let’s not have her crying in the corner of the staff room.

Such knife-twisting apart, though, Sophie notices the little, subtextual things and that’s what makes all the difference to her reviews. She says of Imran Yusuf “He has a knack for creating drama and truth within the comedy”, and that “Yusuf spent the majority of the set creating a slight distance from his audience, not always looking at them directly. It felt at times like a monologue delivered literally over the audience’s heads”. Both of these observations, critical and complimentary, are pertinent. We stuffed toys don’t generally believe in the ‘helpful’ review; comedians will either rip the stars out of a good one or else angrily ignore a stinker lest it hurt their sense of self. But were it ever possible, Sophie would get tantalisingly close.

Cartman’s style is a little painstaking perhaps – even pedantic. But this shows that a great deal of care and consideration is being taken, for which we can only be grateful.

It shouldn’t be taking her all bloody week though.

Sophie CartmanWriting for Chortle (Reviewed in 2018) 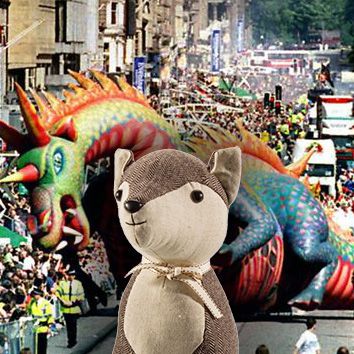