Imagine being a reviewer and watching a show predicated upon (for the first half at least) a cuddly bear. Imagine taking so little interest in what you’re watching that you thought the bear was a monkey. I mean, you saw it in the Monkey Barrel after all; it ought to have been a monkey. It’s not your fault it wasn’t a monkey. Bear, monkey, what’s the difference? They’re both animals.

Who cares, right? It doesn’t matter anyway, it’s only going online. Someone will change it if you get it wrong. I’m sure those wankers from Fringepig won’t have noticed and make some big thing of it, or use it as evidence that reviewers just spend most shows wondering whether they should get new trainers, or why Britain fell out of love with salad cream. Don’t worry about it: monkey, bear, squirrel – who fucking cares. I mean, the sentence it’s in is actually kind of nice: “A pre-prepared bit with a space monkey falls a little flat but the audience doesn’t mind”. That at least shows you’re in tune with the mood of the room. Which is more important, really, than what the comedian is doing. I mean, obviously the audience thought the show was pretty good and you thought it was a bit meh but that’s fine. They were probably paying even less attention than you. I mean, Tony Law is just a series of non-sequiturs, as you have DEFINITELY pointed out more than once in your otherwise-excellent review. So it’s natural to miss the narrative cohesion offered by the space whatever the fuck it was.

No, it’s fine. The fact that you didn’t recognise the only other species of animal that wasn’t human and taking part in the show is NEITHER HERE NOR THERE and don’t let anyone tell you otherwise. Don’t worry about it John, you’re not David Fucking Attenborough, are you? If people want David Fucking Attenborough then they can watch the fucking telly. Everyone makes mistakes. The only way to NOT make mistakes is to never do anything: Hear no evil, see no evil, review no evil as the Three Wise Bears once said. SO much wiser than those three monkeys who found Goldilocks in their house. What was THAT shit about?

John GibsonWriting for The Wee Review (Reviewed in 2018) 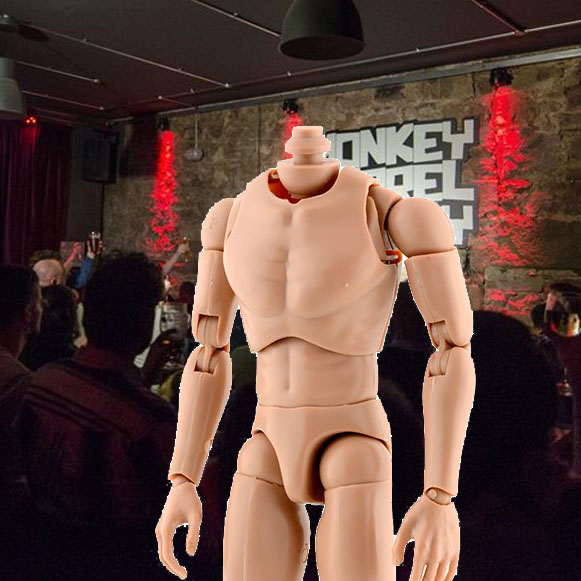