Katharine Gemmell isn’t a bad reviewer per se, but her impulse to be all over the shows she sees tends to result in her passing judgment on people rather than performance. This is something we’ve come to expect of younger reviewers (Fest is full of this sort of thing) and although we don’t know Gemmell’s age, and we’re too polite to ask, she doesn’t know that Helen Lederer came to fame through Naked Video so we’ll assume she’s some way below 45.

Gemmell does not, for example, like to see a comic becoming too comfortable or looking too confident. And there are comedy stylings she just won’t tolerate “Unfortunately, the New Zealander’s energy and wit are brought down a notch by the self-congratulatory way in which he rewards himself (and keeps count) when he makes a pun,” she scolds of Jared Christmas. Struan Logan commits a host of sins, among which “it’s cringe-inducing when he consistently refers to Kuala Lumpur as KL”. Peter Michael Marino was good on the whole “but there are moments when the jokes about mental illness become extremely sombre”. Amanda Palmer kept telling Gemmell she was doing “a sad show” this year, which similarly made her cross.

There’s nothing wrong with finding things jarring and writing about that sensation, of course, it’s just that there are so many of them in Gemmell’s reviews that performing in front of her must be a bit like trying to get to the end of an electronic buzzwire at a fairground. And even if you do, the prize is a nugatory three stars, the Fringe equivalent of ‘anything off the bottom shelf’. “Despite [Christmas’] show being titled Remarkably Average, it was solidly above this benchmark,” she says of this three-star show – suggesting that she feels her three-star reviews are something to be treasured. Still, it’s nice that she didn’t go for the open reviewer-goal that Christmas’ title offered.

Only Damian Clark (so far) has managed to light a fire under Gemmell this year; unfortunately his four-star otherness is described in generics rather than specifics: “Clark weaves anecdotes, with jokes, asides, movement and general goofiness that sets him out as a masterful comic storyteller.” Well, good – but isn’t that what we’re all trying to do? When Gemmell does get to the nitty gritty, she gives away the farm – revealing the surprise coup de grace of Christmas’ show and the best routine of Clark’s.

On top of this she just HAS to stop using national nouns – ‘the Scot’, ‘the New Zealander’, ‘the Australian’ as an alternative handle for her reviews. We’re at an International arts festival for goodness sake – these things are not unusual, and hardly matter to the comedy she’s describing. 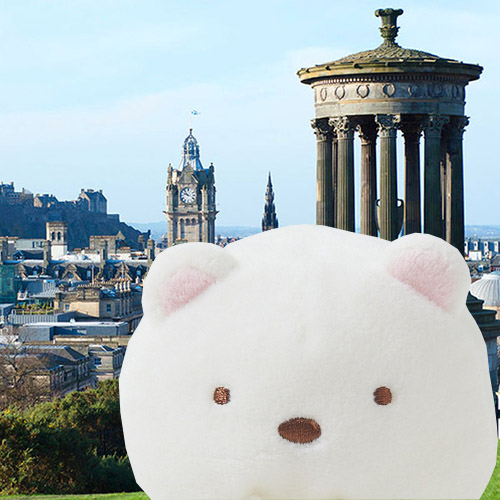