A Piggy Interview WithChris Henry (Around The World In 80 Dates)

The show is all about my disastrous love life and how the dating world has changed dramatically in the last decade. With a healthy dose of self-reflection it also delves in to why I’ve been single for 9 years, and what I’m doing to change that. It is honest, heartfelt and the funniest thing I’ve ever written.

My first gig was at the stand in Edinburgh, in what is now their green room. My brother drove me and one of my friends came with me. Jojo Sutherland MC’d and was a lovely calming influence on my bordering on hyperventilating younger self. There was another act who decided to calm my nerves by exclaiming “Your FIRST GIG? You must be shitting yourself?”. I was. Thankfully the gig went ok and I managed to do well enough to keep my ego thinking I should continue.

When I started out, I used to have a ritual forced upon me where I would have to poo. Apparently the adrenalin surge before a show feeds your primitive fight or flight responses then makes you evacuate everything just in case you have to run. Thankfully now I just like to make sure I’m hydrated and stay focussed on what the first thing I’m going to say is going to be.

Best review I got was for my first ever 5 stars. It was this year in Australia for this show. The worst review was when I was doing comedy competitions years and years ago, and after the winner was announced (it wasn’t me) my own father looked me in the eye and told me that I didn’t deserve to win. OUCH.

Of course I do. I’m confident in the show, I know I like it. How else am I going to get quotes and stars to put over my flyers and posters to make me look like even hotter property?

When I get a great review, I feel like it’s amazing that someone gets what I’m trying to do. Then when I get a bad review I soothe my ego by telling myself the reviewer doesn’t know what they are talking about.

When I looked at the incident, my immediate response was that the fine was a violation against freedom of speech and could spell the start of its decline. But then I read that he was affiliated with UKIP and was a bit of a Nazi, then I looked at some of his other online content, then I realised I had my own shit going on in my life and didn’t care enough to have a researched opinion on it, so left it to the courts.

No. Funny is funny. The right act can joke about any subject as long as they can justify it and most of all it is funny. There are things I don’t like people joking about, but that’s because most people I see do it thinking they are being edgy, but are just being an insensitive idiot who is dragging comedy backwards.

Absolutely. And those are my mistakes to learn from. Not for me to retell here to be crucified in your comments section.

I don’t have one yet. I don’t have a defining jewel in the crown of nostalgia. I’ve sold out shows, travelled the world and performed in 14 countries. I’ve had amazing gigs were the material has flowed well and ad-libs have hit at all points. I’ve had moments where the audience and I were all on the same wavelength. I’ve had gigs were I could see the pride in my mothers eyes. I’ve had moments where I’ve had to stop because I’ve been laughing too much with the audience, but I don’t have that one gig that tops any other, yet. Probably because I’m hungry for bigger things, probably because like most people I have a drive that wants more and what I’ve done so far hasn’t been enough. Ask me again in a couple of years, hopefully I’ll have a different answer.

Find Chris Henry on the web - 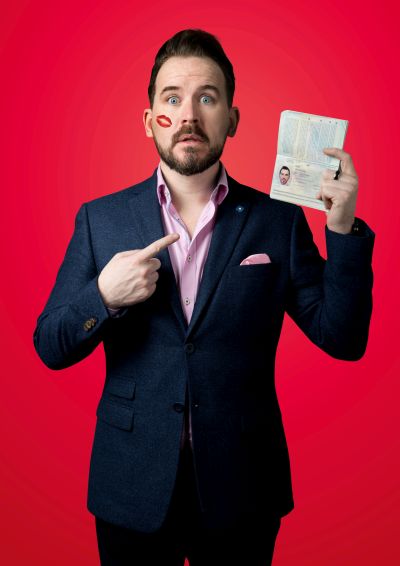 Find Chris Henry on the web -

When I get a great review, I feel like it’s amazing that someone gets what I’m trying to do. Then when I get a bad review I soothe my ego by telling myself the reviewer doesn’t know what they are talking about.