It’s still a work-in-progress (“the material writes itself!” said not us, ever) but at the moment it’s a show of 27 sketches that takes you through a day, from midnight to midnight. It’s a mix of character comedy, observational sketch and musical parody.

As soon as we formed as a duo, Ellie immediately booked a 2-night run so that Andrew couldn’t back out. We were publicising a show before we even had a name. Luckily when the time came, things that were funny in our living room also seemed to be funny to strangers (and by strangers, we mean the close friends and family who made up the entire audience of our first gig)

Panic. We never start a show without it.

Our best review has come from Chortle, which kindly said we were “exuberant” and “absolutely commanded the stage”. We’ve also had some nice comments on Twitter. Luckily, as we’re fairly new we haven’t had any awful ones yet.

Heck yeah, if we can learn to read in time…

Depends what they say about us.

We’re not sure of the legality, but is it weird to be jealous of the pet training skills? Ellie has a one-eyed cat who can barely see, let alone perform tricks.

No. If the intention is humour, not shock or controversy, it’s all systems go. We’ve got material on suicide, dementia, a stolen baby… but no one (that we know of) has been offended.

Comedically? No. Geographically? All the time.

As a duo, we performed in the Sketch Off! 2018 final at the Leicester Square Theatre in March, which was a bloody great night and we were chuffed to be Runners Up.

Bread and Geller was talking to Wrigley Worm.

Find Bread and Geller on the web - 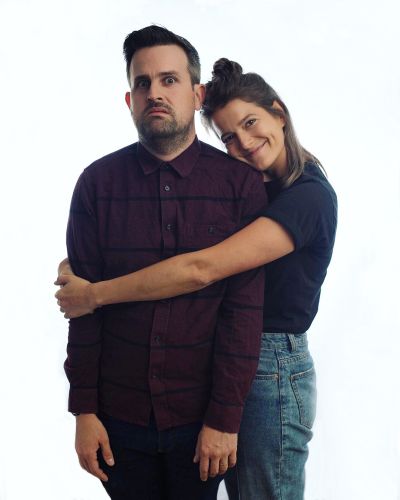 Find Bread and Geller on the web -

Our best review has come from Chortle, which kindly said we were “exuberant” and “absolutely commanded the stage”. We’ve also had some nice comments on Twitter. Luckily, as we’re fairly new we haven’t had any awful ones yet.