My new show ‘Lovebots’ is basically about Cambridge Analytica. I’m kind of obsessed with how they influenced elections recently. They made loads of fake Twitter accounts which were fake right-wing people saying horrible things all the time and making things trend, and it’s not even real which is just really weird. So my show is about creating my own bots which will only talk about love and compassion to try and reverse the bad.

Somewhere in South London. Not much of an audience. When it was my turn, I went up, felt like I was shaking, felt horrible and went completely blank. I had written some bullet points on my wrist but I realised my sweat had them unreadable…and then 20 seconds later it was all fine.

Not really, I might pray if I have a really bad feeing about it. I get very very tired before going on stage, if trying to wake yourself up counts as a ritual.

I ended up in hospital with Pneumonia after last years fringe. Sometimes reviews come out after the fringe and I realised I got my first ever 5 star review when I was in my hospital bed. The year before, I came across a title for my how CAKES which said that it ‘slowly crumbles away’. Inaccurate.

Nahh. It’s too risky! It’s best to try and enjoy the month.

Necessary evil. They could definitely be nicer about people.

This is controversial, but I don’t think you should actually be allowed to joke about ‘gassing Jews’. The guy has turned out to be an actual Nazi as well so I really didn’t mind when he was arrested.

No but it depends on context.

No, sorry, I’m mostly nice on stage. I’ve been mean to hecklers but I probably didn’t go far enough.

In 2015, I became runner up in the Leicester theatre new comedian of the year competition. I know that we shouldn’t seek validation through stuff like that but it was the first time I felt like I could actually get somewhere in comedy. (I’m generally a low confidence guy)

Find Bilal Zafar on the web - 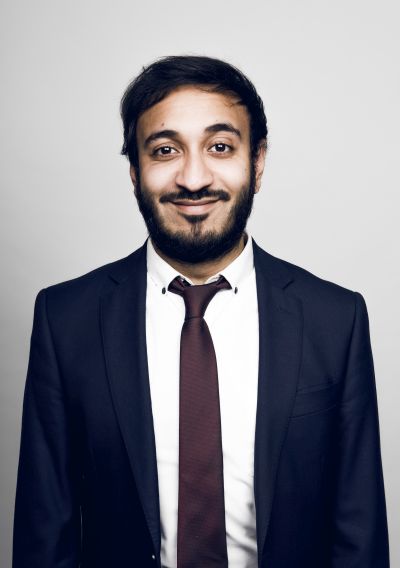 Find Bilal Zafar on the web -

I ended up in hospital with Pneumonia after last years fringe. Sometimes reviews come out after the fringe and I realised I got my first ever 5 star review when I was in my hospital bed.