this is an article from 2018Richard Todd

Richard Todd is getting to grips with toilets and electric hobs. Oh, and tightrope walking over his performance abyss… 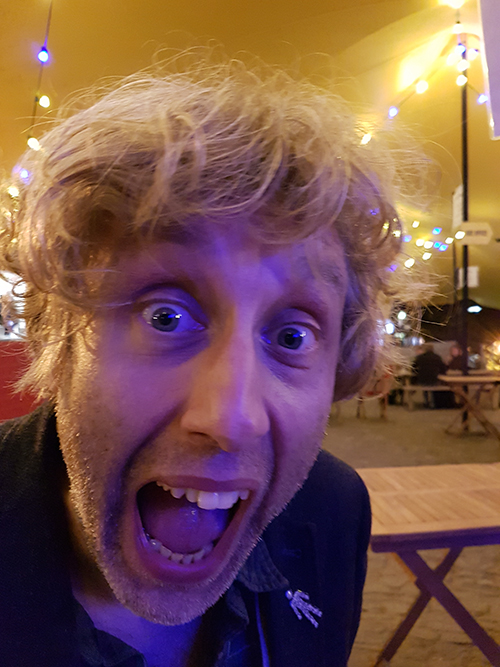 “I once went for a job interview in a library; they gave me an information pack about their equality policy that was so huge I just couldn’t be bothered to read it. So in the interview they said ‘Did you read the information pack?’ I said ‘No, but I believe so strongly in equality I think I should have as much opportunity to get this job as someone who did.’ I didn’t get it. The first thing you need to prove if you go for a library job is that you’re a keen reader.

“One year I came to the Fringe with my girlfriend and we kept all our pills in a big container, all mixed up like. And as far as I knew I was taking my antidepressants. I was quite enjoying the Fringe, I thought ‘Wow, I really feel on fire this year!’ Then Bobby Mair pointed out that I was not taking antidepressants but antihistamine. So soon after getting back home I had a complete breakdown. But I was not itchy AT ALL that Fringe!”

“One thing that annoys me is radio phone-ins where idiots say things like ‘I think we should have fast and slow lanes for pedestrians!’ And then it annoys me when I’m speeding to get to a gig and I think ‘Actually, yeah. That would be really good.’ I hate it when slow people use their one burst of speed to walk in front of me and then slow right down again. Why is that?

“OCD is quite debilitating of course. When I lived in Glasgow I had an electric hob. I am obsessed with tea and coffee and I was using it to boil water all the time. There was no visual indication of whether it was off or on unless you touched it. And I would think ‘I’m pretty sure that’s off; I’ll go out now’. Somehow I’d come back to a blackened husk, and I’d think ‘Wow I thought pans were stronger than that’.

Talking of pans… I remember the first time I needed a number two at senior school there were these kids hanging out in the toilet. And they were like ‘If you want to use the cubicle mate, go ahead.” And I thought “Wow, how very pleasant”. And then of course they spent 20 minutes kicking the door in and screaming at me. And after that I’d get up an hour early and try to go to the loo, and I’d be like: ‘Can I have diuretics for breakfast again please, mum?’

“I’m not political AT ALL and I don’t see that many ‘edgy’ acts. I like Finn Taylor. I think he’s skilful at walking that line between being good and being offensive. I mean, I like tightrope walks. But my comedy is a tightrope walk where the danger isn’t that I’ll upset anyone, it’s that I’ll fall into my own abyss. I like that Phil Kay thing where you’re thinking ‘Is it going to be a horrible failure or will he succeed?’ My edge is the edge of failure!

“The idea of right and wrong is pretty fascinating.Fritz Lang’s M is an amazing film; it really affected me. Peter Lorre is this vile child murderer, and all the other criminals decide to catch him because he’s making things a bit hot for them. So they get him and put him on trial, and Peter Lorre does this speech that’s like ‘How can I help what I am? How are you people who choose to be criminals better than me?’ It’s such an interestingly compelling moment: I like that moral argument about what we can and can’t help.

“I remember a Jimmy Carr interview where he says your sense of humour is the one thing you can’t help. But then, if you’ve got racist parents you’ll be more comfortable laughing at racist jokes, right? Or if they were really right-on you’ll get a weird thrill of hearing something that’s just wrong because there is something about that sense of release.
“I guess, in the end, you just have to trust the comedian. Like, really trust them.” 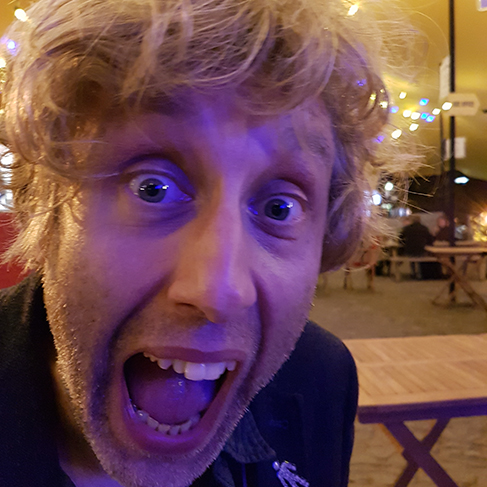