I’m doing my fourth Troy Hawke show this year off the back of doing my first ever tour, which sold surprisingly well. This year for the first time I’m playing snippets of the little hidden camera shoots I’ve done as Troy before including never seen footage. Oh and I’m incorporating footage of when Troy genuinely helped stop a street robbery in Liverpool earlier this year

My first gig was at The Comedy Cafe new act night in London. It was a triumph of nerves and shouting over content. I came off buzzing, having got a few laughs and the owner Noel Faulkner (correctly) tore me a new one for having a go at the sound guy from the stage. I went from elated to perplexed in 8 seconds, so it was an apt intro to the business.

I used to do a little meditation thing before I went on, but now I just try to clear my head and be as in the moment as possible before I go on so I can bring that up there with me.

Worst review…a one star from Fest in 2009. I was doing my old character, a Portuguese reality TV star and the guy just absolutely hated it. Didn’t know I was a character act though, which I took as a sliver of positive. I’d been a tool and let the good reviews I’d had pump me up which meant that when that hit me mid run it really took the wind out of my sales. I remember counting the days until that copy of Fest wouldn’t be circulating the Pleasance any more. Best review was a 5 star in 2014 from The New Current. The guy couldn’t have been nicer about the show or more onboard with what I was doing. I’d like to say that I’m not bothered by reviews but that would be a lie. I can apply as much logic as there is to myself about not being affected by them positively or negatively but that doesn’t make a lick of difference.

Sadly yes. Won’t even try to pretend that I won’t

Generally, I have no issues. I think the main reviewers get things right more times than they do wrong. In the past I may have disagreed with a bad review, but hindsight tends to prove them right. Apart from that Fest guy in 2009 obviously. He was a spiteful little pissweasel. It was clearly a 2 star show.

It’s tough for me to comment on things like this. I would struggle to find something that would offend me to the point that I would want somebody prosecuted but I’ve never been a victim of prejudice (as far as I’m aware). Also, I’m in a viperous WhatsApp group that has burned away most of my personal sensitivity, so my offence radar is like a Thai boxer’s shin right now. My overall take is that there is a massive progressive shift in the right direction as far as society is concerned and if there are a few anomalies as part of that shift for the greater good then so be it. To be honest, I reckon £800 is about right. Chucking him in jail would have been a step too far perhaps and a dangerous benchmark for free speech. BUT free speech also seems to be a byword for being openly racist and ignorant. It’s a tough question to answer and this fence is comfortable.

I think anything is fine if you can make it funny. But I’m answering this with the above caveats too…

Probably. Personally? Definitely. Professionally I’m sure I have too, but nothing significant enough to remember. I’m a bit of a fanny tbh (see answers above).

It’s hard to nail it down to one gig. The one I remember having the most effect on me was Late n Live 2009. It still had some of its early ethos and was seen as a massive proving ground and I had an absolute belter… I was still relatively new and it was my first Edinburgh, so to go into the loft after and have so many people I respect congratulate me (they used to play it on the screens) was a phenomenal boost. I was high as a kite. Then I got that Fest review the next day…

Find Milo McCabe on the web - 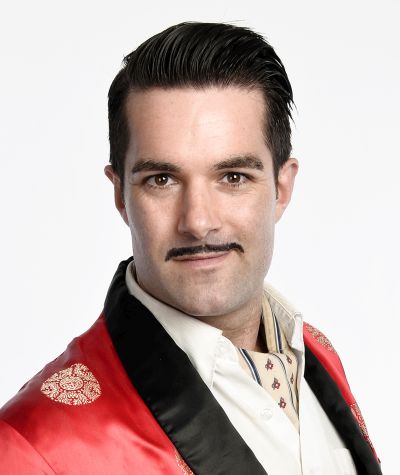 Find Milo McCabe on the web -

I’d like to say that I’m not bothered by reviews, but that would be a lie. I can apply as much logic as there is to myself about not being affected by them positively or negatively, but that doesn’t make a lick of difference.