this is an article from 2018Seven Sensible Questions: Lloyd Langford

Like a sort of comedy hamster, this up-and-coming rascal packs laughs into his big face. We sent a stuffed monkey to make him spit out some masticated fun morsels 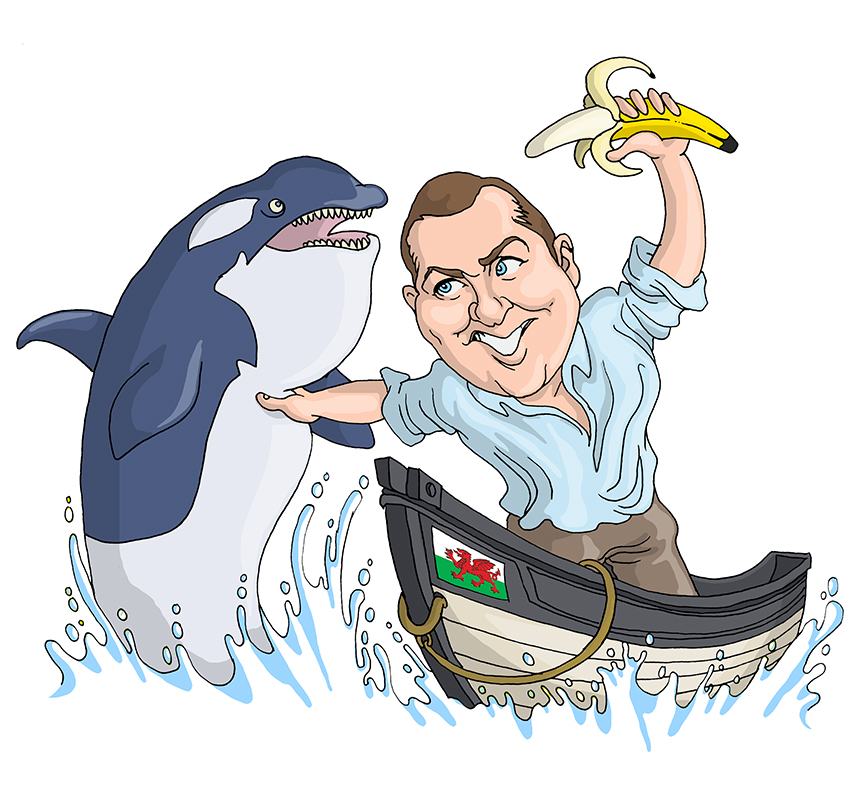 Your show is called ‘Why the Big Face’. Is your face particularly big this year? Have you tried reducing it with de-emphasising makeup?

Edwin Hubble, the inventor of that telescope and also Hubble Bubble chewing gum, observed that the universe is always expanding. My face is part of the universe and so naturally has expanded. I have contacted the NHS about getting face reduction surgery but I think they are preoccupied right now.

You are part of a vanguard of exciting young male Welsh comics. But what we want to know is this: which of you would win in a fist fight? What about with knives?

Good question. I would be useless in a fist fight. I think Elis James might be a bit tasty. And he has experience watching ne’erdowells at the football. Steve Williams is very hefty and angular. But if you throw knives into the mix, you level the playing field. In which case, I think Ben Partridge could easily stab 15 people to death.

Last night I had to kick a drunk baboon off my porch. I hate baboons. Which animal do you think is a dick?

The killer whale is an absolute showy prick. Sleek and powerful yet heartless. It’s the BMW of the animal kingdom. I saw a documentary once where some killer whales were just playfully tossing seals to each other, literally turning the death of another animal into some morbid game of keepy uppy. F*ck those guys. F*ck them in the blowhole.

How far do you reckon you could chuck a can of beans? Allow for the curvature of the earth in your answer.

I’m not very good at throwing and I really like beans so this isn’t playing to any of my strengths. I’ll say 12 feet before I then go and awkwardly retrieve the can.

Imagine you’re king of the whole world, right, and on your birthday two people have to fight to the death. Who would you have mutilate and bludgeon each other for your sadistic pleasure?

August 6? Happy belated. Now, what’s the best banana you’ve ever eaten? Paint me a picture. Take me there.

Ever had a red banana? Smaller and sweeter than your bog standard Cavendish. I think I had a great few of them in the Cook Islands circa 2014. Also, the red banana is the perfect girth to stuff down and jam up a killer whale’s blow hole.

I will send my valet to the Cook Islands without delay! Now, shag, marry, kill: An octopus, Bertrand Russell, Neil Kinnock. You can swap in Glenys Kinnock if you need to.

I’m definitely f*cking the octopus. All those arms! You could have all your erogenous zones tweaked whilst she simultaneously put the kettle on. I say she; could be a he. I think if you’re shagging an octopus your sexuality becomes a bit more fluid. Okay, I’m going to sub Glenys Kinnock in for Neil and marry her. I met Neil Kinnock once and I think she’d be glad of the peace. I’ll kill Bertrand Russell, as he’s already dead and so would be the least inconvenienced by it. 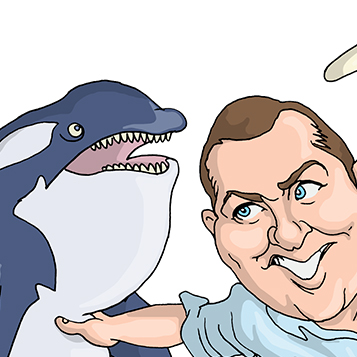