“Sometimes it seems that words simply cannot do justice to the atmosphere of a performance,” gasps Ankur Shah about Adam Strauss’s The Mushroom Cure. Well have a go, Shah, cos that’s what we’re paying you for! Well, nobody’s paying you, obviously. It’s Three Weeks. But still, have a go.

I rather like Shah’s style, at least when he’s being transported by paroxysms of delight. “[Strauss’s] technique is almost as hypnotic as the mushrooms he’s so very fond of” Shah explains. Which is nice. Shah likes most things he’s sent along to see, calling things variously “simply outstanding” “perfect” and “scriptless brilliance”.

However, he rather overplays the age card when he reviews Christian O’Connell, saying “Subbuteo, Kelly LeBrock and Razzle magazine were, to name a few, references that were left unappreciated … O’Connell must surely broaden his material to bridge the generational gap, or else risk alienating the audience.” Oh get over yourself, Shah – there’s no dearth of shows aimed at twenty-somethings is there? Is there not room for a bit of fogey nostalgia in 900 comedy performances?

My darkening mood was capped by Shah’s (pleasantly effusive) conclusion to The Wireless Podcast: “I have another guilty confession; this is genuinely the first free show I have felt completely compelled to pay for.” Well then shame on you, Shah. Shame on you. 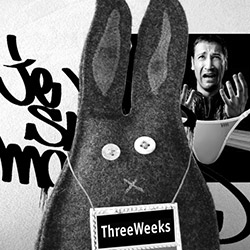