I would find it very difficult to be horrible to Andy Smith. His photo makes him look like an Aunt Sally mannequin doing a toothpaste advert. Like an androgynous 12-year-old trying to grin his way out of a wedgie. Like a boy scout showing up for his first bob-a-job, unaware that he’s being exploited by pensioners. And my, how he gushes about what he sees. He’s like a severed artery.

You really need to look at the stars Andy has dished out (rarely less than four) to get any measure of how he feels about a show, because his inclination is to pour forth in wonderment about almost everything. A three-star review is as chock-full of hyperbole as a five. This is by no means a bad thing, although one wonders how many things can really be described as ‘genius’ before the word loses all currency. I wonder, too, if Smith has had too sheltered a life. Discussing a joke about old James Bond (Geoff Cotton) Smith laments “However, ending this with a less-than-tasteful joke about suicide did ruin the melancholy humour of the skit.” “Crude” things “made for a sour taste”, and he’s always warning that some things are “not for the easily offended”.

Smith needs to learn some synonyms, if only for the relief of his readers’ eyes. His Amateur Transplants review had the word ‘parody’ four times in rapid succession. He also mixes his metaphors and rambles off at tangents so that several sentences that began in one direction get lost and end up elsewhere.

Having said that, he’s a cheerful little mucker who chucks stars about like confetti, so God bless him. 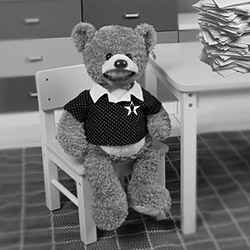