Purely in the interest of dotting the i and crossing the t of this collection of reviewer reviews, I present, joylessly, my review of Eleanor Lang. I really shouldn’t have to bother, because Lang only reviewed one piece of comedy in 2013, preferring to review theatre and ‘physical’, whatever the hell ‘physical’ is. Also, she performed herself in 2011, so switching to the other side of the fence is just plain naughty but we’ll let her off. It was two years ago, and that’s a long time when you’re young. Probably.

To be fair, Lang would have seen two comedy shows had Piff the Magic Dragon not been classed as cabaret. Here, Lang shows an annoying sense of detachment as she describes “a strange mix of awkwardly funny showmanship and engaging magic tricks”. She gives Piff three stars despite having no particular criticisms, mostly it seems because she felt “a little awkward at the use of his pet chihuahua and goldfish” even though “they’re never harmed”. Are performers to be marked down for triggering irrational fears in reviewers? Piff could have strangled both his pets and only scored a fraction lower. But then, there lingers the possibility that Lang didn’t realise she was looking at comedy. “Cabaret” comes with its own baggage, a lot of which isn’t carried by Piff.

Lang’s other review, of Giraffe – Sketchy Comedy isn’t half bad, although it is *half* bad. The half that states: “In an hour long sketch show you’d expect at least one gag to fail, but during this set these three performers had their entire audience in stitches from the word go” is just the sort of to-the-point summary you need in a 100-word review. The cut-and-paste nothingness of “The comedians were all equally hilarious, yet humble, offered  material with a universal appeal, and had a fantastic energy” is anything but. Yet we do sense her genuine enjoyment.

Perhaps this is because the Giraffe was more ‘physical’ than the Magic Dragon. Whatever the hell ‘physical’ means. 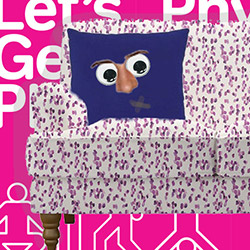