It would be a very rum thing for a reviewer-reviewer, having taken so many solemn oaths and sworn to uphold such sacred mysteries, to criticise a reviewer for being too easily pleased. Most of us agreed to review the reviewers because we were sick of all the grunting and groaning and cynicism. But Stephanie Gray is a BIT too easily pleased.

Pretty much everything that’s described as ‘haphazard’, ‘disorganised’, ‘very back-of-the-pub’ or ‘amateur’ invariably ‘just adds to the performance’. Even when The Colour Ham laugh at all their own jokes she seems to conclude that it’s because they’re just so damn funny. Everything that she observes going wrong feeds into her genial good humour.

Of Superhero Club she writes: “It is a testament to the professionalism of performers when they can appear on stage and seem unfazed by the fact they’re barely outnumbered by their audience”. Well, it’s a level of professionalism that most of have to achieve, Stephanie.

Gray approaches all her reviews with a breezy enthusiasm and a measured style that suggests she’s a little older and wiser than the average Three Weeker. So can we penalise her for being so damn happy to be there? No. Maybe it even adds to her performance. 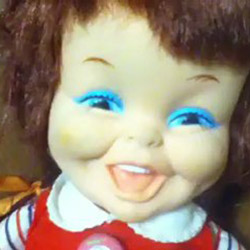