Joe Abel is a difficult reviewer to quantify. This is because some of his reviews are written by a man with English as a first language and some of them, I am prepared to swear, are translated via the internet from the original Mongolian.

Just look at this overboiled word soup that is his review of Rachel Parris: “Physically shaking sometimes holding it back, the tension between the cracking music hall grin and her underlying cynicism is tangible. Echoing the plight of a generation staring apprehensively towards 30 (a kind of living death) and back, at a decade of compromise between ideals and economy, she seems about to snap.” That’s the sort of thing you see written on a Japanese T-shirt at Engrish.com.

Here’s a bit from his review of Damn Danes: “Both comedians reference a culturally stereotyped frankness, which is then complicated, confirmed and contradicted. It’s used to unpack audiences’ preconceived notions and to speak plainly about shared experiences, which is satisfying to see.” You should do a bit of unpacking yourself, Joe. Honestly, I read this entire review five times and still have not the slightest idea what happened in this show. When the Plain English Brigade come to power, Abel will be first against the wall. – or artificial brick configuration, as Abel would probably prefer to call it.

I swear it must be a different person telling me about Hannah Gadsby’s Nakedy Nudes: “Her unabashed, barefaced cheek transforming these figures from passive objects to be gawked at into comic characters representing the bizarre ideas held by the men of their times”. Nicely phrased, and with no anal-gazing psychowaffle. See, you CAN do this job if you think about the reader for two minutes and stop doing bad things to your head.

In short, Abel is a reviewer of two halves; one of them is alright and the other  speaks fluent plonker. 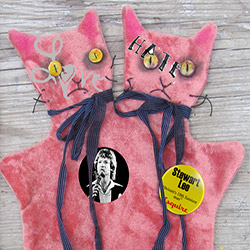