Signe Madara turned up just before the Fringe was over, reviewed Bruce Fummey and gave him three stars. Then left. His one review is two paragraphs long, and neither of them has been re-read for grammar or typos. “Fummey might not be hysterically funny, an hour spent in his company worthwhile,” Madara bangs into his keyboard, probably in someone’s freezing living room where he has taken to wearing oven gloves for warmth. “He blends jokes – some which would make the more PC-sensitive uncomfortable”. We can only assume that Madara had a train to catch, a sore head and a bad case of sofa-back.

The more important question here is why The Skinny –overall a worthwhile publication with a high degree of professionalism – is prone to giving spec reviews to any wandering itinerant who sticks their head around the door? Business Leopard understands that the Fringe puts pressure on a website with a small staff. But this is something we expect of less credible Fringe rags.

Anyway: Back to Madara’s reviewing career, which burned so bright and then vanished trackless into the blue infinity. He concludes that Bruce Fummey is “Good for a chuckle if you like your comedy heartfelt and rooted in personal experience”. No! I like it insincere and rooted in second-hand subjective academia, Madara. Doesn’t everyone!?

Signe MadaraWriting for THE SKINNY (Reviewed in 2014) 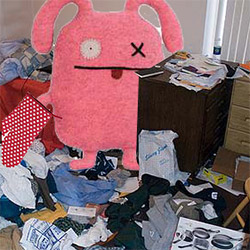