In her review of The Little Wheel Sketch Show, Roberta Thomson complains that it was loud, aggressive and over the top. Later on in her 120-word review she adds that it was loud, over the top and aggressive. And if you’re not convinced, she concludes that it was confusing, mildly offensive and painful on the ears.  I can’t say she’s incorrect, of course, but I was expecting her to add “IT’S JUST NOISE!” like some teenager’s mum. But that’s modern teenagers for you – they are the new old people.

As if keeping to this theme, Thomson goes to see a comedy show about the problems of older women and another about pelvic/gusset problems. She finds that the humour isn’t aimed specifically at her, a young person, and so admits to being a bit bored. Which, to be honest, is how I felt trying to read Thomson’s handful of reviews.

She sounds uninterested in what she’s writing about and she gives everything two or three stars because, it seems, that’s the apportionment that requires the least thought, and it’s easier to say that something is unengaging than to explain why you couldn’t engage. You wonder why she bothered, or why you bothered reading it, or why I bothered reviewing her reviewing stuff she couldn’t be bothered about, or why you bothered reading a review of a reviewer who couldn’t be bothered. What’s the point? We’ll all be dead soon. 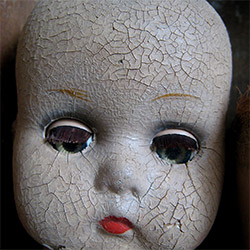