It’s a show about trying to do better. Last year, me and my girlfriend at the time had a running joke I thought we were both enjoying.  It started because I complimented her best mate on her eyes and finished with me I was pretending I wanted to marry her best mate but that I would still invite my girlfriend to the wedding. In revenge, she went out and had a threesome. I say went out, she had it in my house in the other room. So, that was the genesis, and I did a lot of soul searching about whether being a good person will stop bad things happening to you. And whether I am a good person in general. and whether being good is possible at all in this mixed up landscape. And then I tied in a load of jokes into that.

I MC the AAA show at the Pleasance Courtyard at 11pm every night too.

I wanted to do comedy since I was 11, but I didn’t try it out until I was 23, which at the time I felt was impossibly old and that I should have started years before. I was living in Wolverhampton, so I emailed Birmingham Glee club asking for a gig. They very politely told me that they didn’t do first timers, but Duncan put me in touch with a woman in Moseley who ran an open mic. This will age it very specifically, but I had to create a myspace page to message her. I’d only ever heard the phrase open mic in a comedy context, and didn’t know there were ones with poets and musicians and what not. I followed a guitarist singing sad songs and did a routine about wanking on a webcam. I’d always considered punchlines to be cheating and liked surrealists and wanted to let the audience decide where the funny bit was. And then I accidentally improvised a punchline, got a huge laugh, and decided I loved punchlines and wanted much more of them. As i was leaving, a bloke chatted to me and gave my first ever review “You should do more about wanking, mate. I don’t think everyone hates Dido as much as you”. Words to live by.

Anyway, afterwards, I emailed that Glee again and said “Done that now. Can I have a gig?”. Such complete naivety.

Yes. I write a little list of subjects I want to talk about. And then have a flip through my pad to see if there’s anything new I need to stick in or anything old that would suit the room. And I always change my t shirt before a gig. I started from having a shitty car with no aircon, and going on stage with sweat circles, which I felt was rude to the audience. So I started taking a change of shirts, and i find it useful mentally. It’s like putting on a work uniform.

I don’t believe in a lot of rituals. I remember seeing Andy Watson do vocal warm ups and thinking honestly, I’d rather quit and go back to getting up at 6am to go drill steel in a factory.

There’s a bunch I like. I quite like the review, “Brave enough to be offensive, with a number of insane anecdotes. Shades of brilliance lurk here” which was Three Weeks. Wasn’t even my solo show, but an afternoon gig I had a guest spot on. I also like for a bad review “a giant leap back to the dark ages of less evolved, unfunny times” for a guest spot I did at Cabaret Roulette for a routine I’d done in a set she’d liked the rest of. That was in Broadway Baby.

Worst actual one was a 2 star review from Steve Bennett of my gameshow Hell To Play, where he reviewed us against the imaginary show he’d invented in his head, and castigated us for using a real life person to discuss police corruption, using Peter Wright CBE who was head of South Yorkshire Police during their coverup of the Hillsborough Disaster, but not say anything about it. The game was called “the Truth, some of the Truth, and the Whole Truth after a 27 year enquiry”. Everyone I have mentioned this to has got the joke there.

There’s also a quote on my posters “a wonderful way with words” BBC. And what happened there is when I first started doing comedy I met a woman on the internet and we were texting each other sexy things. And she asked “what do you want to do to me?” and I sent back a list. Properly got poetic in places. And she said “crikey. What a wonderful way with words”. And she was the receptionist at Television Centre. Which I think is legit. Years later I went on BBC west midlands radio and made the presenter say it so I could count it. One day, if I’m brave enough, I’ll put all the good ones and bad ones on my poster and you can decide for yourself.

Yep. Part masochism, part self correcting mechanism. You can read a thing and then decide if you accept that to be true. Especially stuff that you’re outside of, like “this emotional bit feels laboured” and so on, where you aren’t getting laughs to tell you if the show is going well. I feel there’s a performative aspect from some people who claim they aren’t going to be reading them. By all means don’t, but they’re still sticking the good reviews on their posters, aren’t they?

Fine. I think the best thing the Edinburgh Fringe could do is consolidate the bottom 8 blogs into one site. I have some nice ones from sites that I wouldn’t stick on my posters because it’s clearly just a bloke and wordpress site, and yet that’s all the top ones are. Also, this would get more lower level acts seen. There is fundamentally no point in One4Review going to see the big TV stars when the newspapers are covering that sort of stuff.

Part of the problem about modern life is that everyone has to have an opinion on everything. This  video came out and people said “yeah, it’s a joke” and then you read that the Neo Nazi website Daily Stormer deliberately wrote their playbook to say “couch everything as a joke, so we have plausible deniability” and that Stephen Miller, who is perhaps the worst person in the White House administration, got his start as a right wing troll doing edgy stunts to piss off people on his university campus.  And people dug into this Dankula guy and found that he’d petitioned against anti fascist marches and was being supported by Tommy Robinson and loads of other stuff that wasn’t illegal, but was morally dubious. And then you hear from actual Jewish people who didn’t really like it. And then you counter that with the right to free speech, and so on. All very complex. Anyway, Jonathan Pie made a video about it and I just made my opinion the opposite of that, and so yeah. So yeah, fine him £800, and the money should be spent on giving a black woman from Rochdale a start in wind farming because it would piss off a bunch of different people and oh god, I’m as bad as all the others, aren’t I?

Over my career I have done jokes about murder, cancer, jihad, rape, gangrape, genocide, Islam, and loads more. And I’m a cheeky act who does kids gigs and works in churches. When we wrote our gameshow Hell To Play’s first Edinburgh run, we sat with a list of taboos and tried to write a joke about each one and how Satan, the host of the gameshow set in Hell, would deliver them. I think the only one we couldn’t get in was one about menstruation. And that was a very silly and joyful show. It’s because the context was it was dicking around and everything was gaffer taped and coming apart at the seams. It was in Cowgatehead, and it stank, and was super sweaty. But it was such a fun show. Ended up doing a new version each year for the last 3 years, getting audiences who’d seen all three.

But we had walkouts in the previews we did because we hadn’t got the tone right and the handling correct. I’ll never forget the look on Rob Mulholland’s face in Stoke after 2 pages of jokes about institutionalised child abuse in public schools had gone down to angry silence, and he flipped over the page to see there was another page of child abuse jokes.

Have you had any good responses to this question? Best gig stories aren’t interesting. Now worst gig stories, or weirdest gigs, those are interesting. We once had police shut down Lincoln city centre on a Saturday night because we accidentally jailbroke a mentally ill promoter from a psychiatric ward so we could do a clean gig in a graveyard. Getting an encore at Mr Monkee’s Laff Shack in Slough is nothing compared to that.

Find Paul Savage on the web - 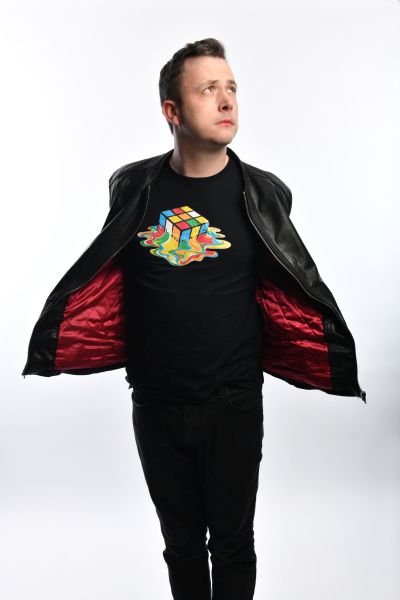 Find Paul Savage on the web -

I quite like the review, “Brave enough to be offensive, with a number of insane anecdotes. Shades of brilliance lurk here” which was Three Weeks. Wasn’t even my solo show, but an afternoon gig I had a guest spot on. I also like for a bad review “a giant leap back to the dark ages of less evolved, unfunny times” for a guest spot I did at Cabaret Roulette for a routine I’d done in a set she’d liked the rest of. That was in Broadway Baby.