‘Fur coat nae knickers’ is a term used both in Scotland and ‘daauwn sauwwf’ (no knickers) meaning a person purporting to be something better than they are, or more well off than they are in reality.

This phrase sums up how I feel about myself; no matter what achievements I reach, or the circles I move in, I will always be a wee working-class person who grew up in poverty. I have a thing about class, I think. It is a funny show, though, about growing up and how we (my family) dealt with it. I wonder if we can ever escape our past. (she remarked, wistfully) Scots have a lovely saying for someone who is trying to do so, ‘You forget the auld arse ye sat on!’ I suppose I am trying to obliterate my arse. This is my most personal show yet. Although, to be fair, I say that every year.

My first gig was for a heat in the first ever ‘So You Think You’re Funny’. This was in Glasgow at a festival called ‘Mayfest’. It was in May, so not just a snappy title. My second gig was the heat itself, when I got through to the final, and my third gig was the final which I won. No, no, they can’t take that away from me. Nope.

Before going on stage, I stand on my tip toes with my arms stretched upwards. I hold this pose until I feel a surge of adrenaline. I repeat this exercise three times. If someone walks in on me whilst this ritual is in progress, I claim it is for osteopathic purposes. Sometimes I have done the exercise in the toilets, and subsequently urinated. This has been quite the time saver, killing as it dies, two birds with one stone.

I have had two contrasting reviews which used medical analogies – A 5 star from the Scotsman which stated ‘I laughed so much I got a headache’, and a review maybe 1996 which compared me to cancer or emphysema. I think it was the Glasgow Herald. (Scottish paper, anyway) I once got a 1-star review from the List (2008) which was the worst review I had read about anybody ever. It hurt. My favourite review was when the Scotsman called me ‘funny like Chic Murray was funny’. That made me very, very happy. Very happy indeed.

Yes, I will read reviews of my show, but it’s not a plan per se.

For me, reviewers are like abusive parents; you do everything you can to please them, and earn their approval, and it really hurts when you receive a slap.

To be a criminal offence, intent is a huge consideration, so it may be that the Nazi salute routine was in a kind of ‘lest we forget’ fulcrum, so, ergo, no criminal offence. I can see why Crufts would be uncomfortable with it, though. If Meechan had trained a cat to do this, then it’s criminal, obviously, as if you accept the intelligence of cats as a given (and only dog owners don’t) then you must accept that a cat doing a Nazi salute would do this only voluntarily and knows exactly what they are doing. To be honest, the freedom of speech issue has always worried me.

I don’t think so, no. There is barely an affliction, a body fluid, a criminal act, a political stance, a sexual enterprise, or an emotional state that has not been used to comic effect by comedians. (“The sun shone, having no alternative, on the nothing new.”) It’s how you do it. I don’t like being cruel, and generally fear causing offence. But that’s just me.

(Although I used the phrase ‘killing two birds with one stone in an interview. I await the backlash.)

The best gig of my career is yet to come. Surely?

Find Martha McBrier on the web - 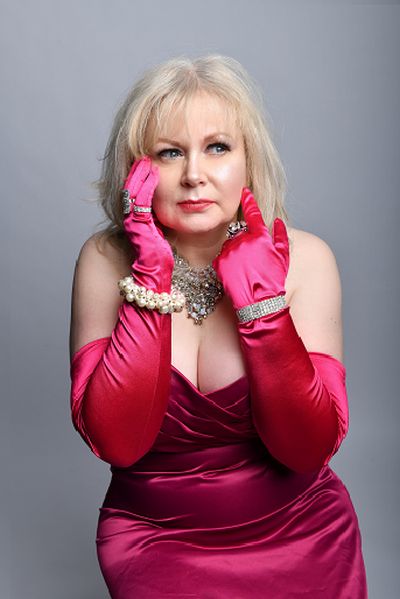 Find Martha McBrier on the web -

For me, reviewers are like abusive parents; you do everything you can to please them, and earn their approval, and it really hurts when you receive a slap.