A Piggy Interview WithJust Us League (The MARVELus...)

Last year we took up MARVELus: All the Marvel Movies… Kind Of, it was amazing! Packed out everyday with beautiful nerds! But there was a limit to how many of the movies we could pack into one show – so for 2018, we’re doing some more!

Our first gig was an improv gig in an awesome venue called The Miller in London Bridge. We had a lot of fun and got very drunk after.

The handshake from Spiderman: Homecoming.

The best reviews are the smiles on the audiences’ faces… and the comedy award nomination we got. Actually, scrap the smiles, the award nom was way better.

I don’t know what this has to do with anything.

They’ve all been the best gigs of our career. Except for the one that we wanted to go well. That one sucked.

Just Us League was talking to Wrigley Worm.

Find Just Us League on the web - 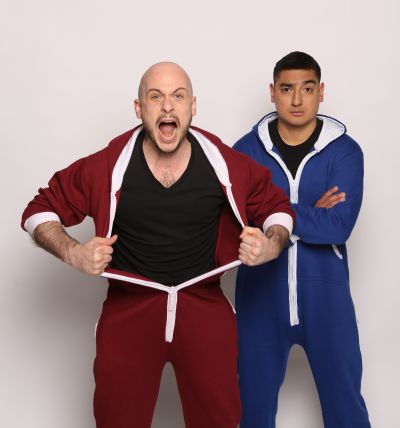 Find Just Us League on the web -