A pair of fannies, fannying about for an hour – it’s funny, spontaneous, nonsense from myself and the other grand dame that is Susan Morrison. We make jokes – remember them?

Don’t shoot me but I did a comedy course in 2001 and we had a graduation show/first gig – terrifying, exhilarating and ultimately addictive.

I need to win a game of spider solitaire otherwise the whole gig will be shit – never been wrong yet and I’ve lost quite a few games.

Best review – I was amazing

Worst review – I was shit 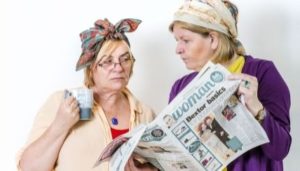 Damn right – how else will I know who to make voodoo dolls of?

Much the same way I feel about paying tax – unavoidable, sometimes painful but occasionally reap the benefits

Nope – The outcry was more obscene than the “crime” That’s quite often the case now, I find people’s vindictive, blood thirsty, mob mentality reactions to be far more offensive. Whatever happened to “none of your business” ?

Depends who you ask but given that you’re asking me then No, nothing should be off limits but it should be funny but then who/what defines funny? Comedy is subjective so my funny might be different from your funny and then you just think I’m being offensive but someone else thinks I’m being hilarious – it’s a fucking minefield where no-one will ever be right so just say what the hell you want to say until such time that it’s a criminal offense and you get arrested.

Belfast Empire Jan 2018, notoriously one of the toughest gigs in the country and I got a standing ovation, A STANDING FUCKING OVATION… I’ll say that again A. Standing. Ovation but I don’t like to mention it.

Find Jojo Sutherland on the web - 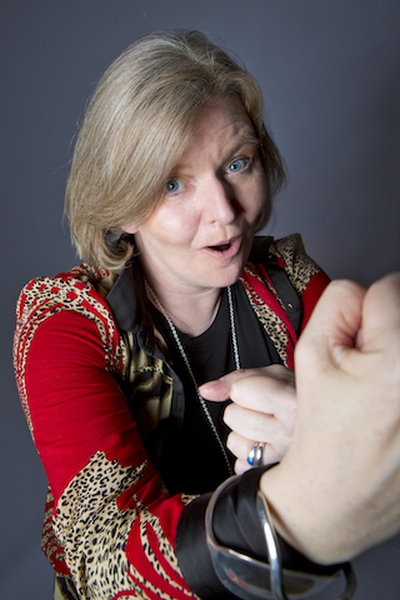 Find Jojo Sutherland on the web -

Belfast Empire Jan 2018, notoriously one of the toughest gigs in the country and I got a standing ovation, A STANDING FUCKING OVATION… I’ll say that again A. Standing. Ovation but I don’t like to mention it.