Nick Doody has a joke (and I won’t spoil it by doing the whole thing), that says you can’t write ‘swan’ on a pig and shove it out onto the lake. And yet over the past five years we’ve discovered that we have to accept things as they’re labelled, however little sense it makes. It started with Rod Liddle in his ‘This is what a feminist looks like’ T-shirt, back when he edited the Independent, which still insists that it is a newspaper. Donald Trump is apparently a president. And now this. Paul Whitelaw. Apparently a Scotsman reviewer.

The Scotsman is printing what Paul Whitelaw thinks as if he’s a journalist. Checking and double-checking the webpage just returns the same result: it has the Scotsman’s web address and all the page furniture seems to be hanging in the right place, so I suppose we just have to accept his single-paragraph assassinations, mostly of female comedians, as reviews.

There can be no real doubt, of course, that Paul Whitelaw is a troll with his ticket stamped by a newspaper, the way Picasso used to sign blank canvasses for people to do a validated shit or sneeze on. Even if we try to analyse his discharge as if it’s writing we find he is using stolen jokes to criticise comedy (“Every comedian requires a persona of some description … Eleanor Morton has chosen the persona of an ordinary person with nothing funny or interesting to say”, he says, using a joke stolen from ID Mobile who stole it from Family Guy). Despite the paucity of words, Whitelaw manages to cough up every cliché in the reviewer’s arsenal. The word “Pedestrian”, putting “-a-tron” after everything he finds ‘pedestrian’; adding “for reasons best known to herself” to things females do which he can’t (for reasons best known to himself) be bothered exploring and even – EVEN – banging ‘definitely one to watch’ on the end of Fern Brady (three stars). Oooooh, Fern Brady! Looks like you’ve got an admirer! By the way, If this all sounds childish it is merely in the course of reviewing a reviewer so squarely in the nyeah nyeah ne nyeah-nyeah school of post-millennial professionalism.

So, to conclude, we must accept that Paul Whitelaw is a thing. Except of course we don’t. Whitelaw does not have his finger on the nuclear trigger and he isn’t an artist, except possibly in the medium of piss. If he’s anything then he’s a symptom of a sad, sorry little newspaper that has utterly squandered the goodwill it once enjoyed as the keynote voice of the Fringe, giving up good writing and solid opinions for gimmickry and shlock. Little surprise they can’t now give it away, except with some fruity water and a tote bag. It’s done. It’s finished. It’s gone-a-tron.

Whitelaw is best understood not as a writer but as an attendant detail; a sort of maggot that will provide forensic colour to anyone in the future who cares to study the pathological decline and suicide of a once-great newspaper.

Paul WhitelawWriting for THE SCOTSMAN (Reviewed in 2017) 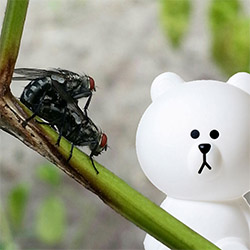