It’s about my time as a Religious Studies Teacher combined with my attendance at Humanist meetings; as well as the odd Brighton-based New Age-orientated anecdote. There’s a secular bent overall, as you can probably imagine. And it’s not entirely bereft of opinion.

Long time ago. Went on, got a big laugh for my first joke. Was so startled, it went downhill from there.

I tie my shoelaces tight. Always like for my socks and shirt to match, if possible. Why? No idea.

Overall, I’d like to think I take a bit of a Kiplingesque ‘Triumph vs Disaster’ approach to the whole business.

A Brighton-based reviewer recently described me as ‘adversarial’ which I’m pretty certain wasn’t meant as a compliment. I now see it as one, although I have to say that’s probably because more of my previously working-class-Hull-type personality – not in itself a rare commodity – comes across onstage.

Offstage, I would imagine I’m much more of a cuddly middle-class fop – whether I like it or not – by virtue of having had an education. But to get back to the ‘adversarial’ bit, there’s a good and bad review combined into one right there, if you like.

I’d rather drink my own urine. It strikes me that the best thing to do would be to concentrate on improving the show and getting more people through the door.

If they didn’t exist, somebody would have to invent them I guess: we’re kind of stuck with the idea. But, if I’m being honest, I don’t think there’s much in the way of artistry involved.

Without wishing to get too sentimental or nostalgic, I grew up reading the NME, and the writers were often more interesting than many of the acts they were profiling. A lot of them were inspired by the likes of Lester Bangs, Hunter S Thompson and Tom Wolfe, and weren’t averse to quoting the likes of Derrida, Foucault or Gramsci either. Like I say, there were often better than that which they meant be covering: the majority of the C86 acts were just tedious, something I was patently aware of, at the time.

I remember one particular instance whereby Paul Morley was interviewing Fish from Marillion, and asked him straight off the bat, ‘Are you a wanker?’ Brilliant… you could have almost convinced me, he’d come from Hull and not Manchester, with that level of immediate confrontation. It was only sometime later that I realised, he probably asked him the question half way through the interview, when the interviewee was at his ease, and then re-jigged it, to make it look that way.

There really ought to be a comedy site whereby the writer hangs out on the road with the comedian, and writes about the whole experience, in a similar sort of way. Still, I suppose that’s what podcasts are for. They’re the nearest approximation.

Oh purlease . Seriously? We’re going to go down that route? A few workaday questions, and I’m supposed to get really charged up narcissistically talking about myself and then start spouting off, on the back of attempting to promote a show. Give over. There are whole articles devoted to this subject. Who cares what I think?

I mean, I obviously I do have an opinion but I’m much more careful about going all out ‘all mouth and no trousers’ these days. The one thing I’ve done post-Brexit is stay away from too much pontificating on Social Media, and I feel so much better for it.

In truth, I did hover over this particular issue to some extent, but these days, I mainly just like to watch others get on with it. There was wrongheaded opinion on both sides of the divide as there invariably is. One of the most noticeable things on Facebook, if you just observe over a period of time is how certain individuals enjoying a spate of career advancement go total-Thatcher with regard to their increasingly self-important view of things: from Grocer’s daughter to elder statesperson, over the course of few upwardly-orientated fluctuations in their profile. It’s laughable.

Probably. I think the first time I met Fringepig’s esteemed editor, I’d turned up half way through the gig and it was already kicking off: one individual and his sister taking offence about something or other; something entirely of their own manufacturing. I had a choice as to whether to ignore them, and I chose to do the opposite. Further inflame the situation. Tough-looking bugger, if I remember correctly… the individual in the audience that is, not your editor.

I work on the supposition that it has yet to come. Otherwise, what’s the point?

Find Kevin Precious on the web - 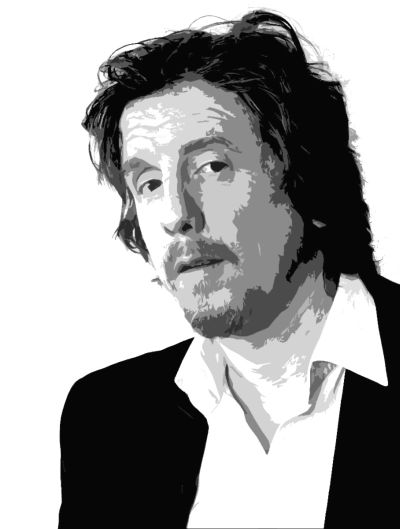 Find Kevin Precious on the web -

A Brighton-based reviewer recently described me as ‘adversarial’ which I’m pretty certain wasn’t meant as a compliment. I now see it as one, although I have to say that’s probably because more of my previously working-class-Hull-type personality – not in itself a rare commodity – comes across onstage.