Paul Fleckney is the main man at London Is Funny, so you would hope his reviewing skills are strong. Well, they’re not at all bad: he takes his time, breaks down each aspect of what he sees and peppers the whole thing with some nice little phrases: “Partridge-esque overtures” and “speech patterns traight from the Alan Bennett/Victoria Wood school of over-the-fence tittle tattle” are too nice bits from his critique of Eleanor Thom: I Am Bev.

More importantly, though, he gives some thoughts and comments genuinely useful to anyone interested in comedy.

“There’s perhaps an overt influence of his wife, comedian Bridget Christie, in Baconface,” he opines. Which IS interesting, although I’m sure these two hear enough idle rumblings about who is influencing who.

But the most astonishing thing about Fleckney is that, having discussed Baconface for 470 words (and this is almost four Three Weeks critiques, mind) he begins a new sentence with “Anyway, the gig…” He hasn’t even started yet!  He eventually arrives at “one of the funniest things about Baconface is that it’s such a thin veil of bacon, Lee is so close to the surface, partly because he’s a shit actor – in the same way that watching Jerry Seinfield in his own sitcom is so funny, he’s not even trying to be convincing. But Baconface and Lee seem to pull in different directions and that does undermine the act.”

This is as close as I’ve seen to a coherent and intelligent discussion of Baconface. Not sure I agree with it, entirely, but it shows the depths of thought that Fleckney is willing to plumb. And the writing is very airy. He clearly just loves exploring the labyrinthine possibilities of working out where Stewart Lee is coming from, although we know by now that’s a maze nobody gets to the middle of.

In all, Fleckney is far more interested in discussing comedy than he is in rating and ranking comedy, and this can be seen in his Guardian pieces. In some respects his reviews are sullied by the stars slapped on the end of them. If Baconface was worth 1,000 words and three hours of Fleckney’s life to write about, how does it equate to three stars? How do you pay for that much food for thought with three little stars? Fleckney, or all people, seems to understand that belly-laughs are not everything.

The system’s fucked. But Fleckney is trying, at least.

Paul FleckneyWriting for LONDON IS FUNNY / THE GUARDIAN (Reviewed in 2014) 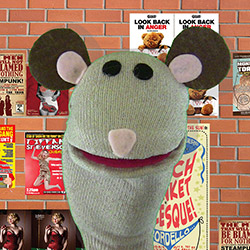