Mary! You must stop using so many exclamation marks! I mean, I’m glad that you’re enjoying yourself! But it makes me doubt the veracity of what you say when you’re so damn excitable!

So, with the caveat that the time to use an exclamation mark in literature is NEVER, unless you are creating a comic for children with ADHD, I will say that Woodward’s enthusiasm is quite catching. I certainly wished I’d seen Showstoppers’ Improvised Musical from her breathless (but finely-detailed) description.

Her review of Mark Thomas, on the other hand, is so gushy that it reminded me of an ebullient child; perhaps a tired, happy six-year old coming home from a fairground bursting to tell you what she’s been up to. I can see that Woodward is entirely on the same page as Thomas, both politically and in what she finds funny, but still a BIT of professional detachment would help.

There’s plenty of considered froideur when discussing Storyteller’s Club, on the other hand – a show that doesn’t have the manic energy of her other two choices. Woodward complains that the promised “fireside stories” had no actual fire – in fact they were told “in an inflatable igloo”. She can’t quite get on board despite the laughter around her. One senses that Woodward is not so at home in a lo-fi environment.

Woodward does take pains to explain what to expect at everything she sees which, while perhaps a little redundant at a mixed-bag show, does give a good flavour of her own experience. 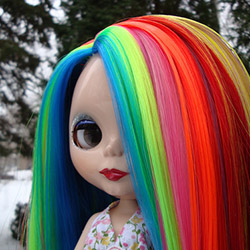