She went to see The Room, a screening of the Tommy Wiseau film that is “the Citizen Kane of bad movies” where the audience shout and throw things at the screen, Rocky-Horror style, and enjoy how very bad it is. Instead Adam reviewed the film itself, and then added – as if the idea had appeared in her peripheral vision – that the thing might be fun if you’re drunk, with friends. In fact, “you’ll enjoy this immensely”… (one star).

So when Adam writes of the comedy play Going Dark that “The barely existent plot is terrible, the humour doesn’t work and it was horrible to sit through”, I wondered whether she had simply got the wrong end of the poison-tipped reviewer harpoon again. Sadly the only other review of this show was in Three Weeks (four stars), and Panda is left to reflect that the truth of a show must be found in the aggregated mean score of all the very worst Fringe publications.

Panda is saddened by phrases such as “she cost me an hour of my life with this show”. She didn’t make you go, though, did she Nicole? She may not even have asked you to. In fact, have you considered the possibility that nobody WANTED you to go? And you are only a reviewer, after all, and not a surgeon for Medecins Sans Frontieres. It was not an hour in which you could otherwise have saved a landmined child.

It’s a shame, as Adam seems quite competent when she likes (and, more importantly, properly understands) something. Her review of Janey Godley is both useful and clear. She didn’t review any other comedy in 2013. Her LinkedIn profile says she used to be editor-in-chief of this thing, which is frankly alarming. She has all the insight of a slow-worm who doesn’t watch the news. 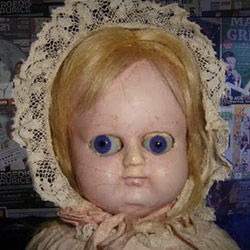