Malcolm Jack isn’t impressed by much, and he wants us to know it. His adjectives all flow from the seen-it-all, done-it-all, yadda-yadda school of journalism.  Of Gemma Whelan’s Chastity Butterworth & The Spanish Hamster he writes that something like this turns up at the Fringe “pretty much every year in one form or another”. Gareth Morinan is ‘tired’ and ‘exhausted’.

‘Hackneyed’ and ‘weak’ similarly litter reviews which have, in essence, been written a thousand times before by other reviewers who wanted to convey the sense that they have much better things to do.

This is but one of several ironies. Of Paul Foot, he writes: “Lord, is it hard work constantly being frantically entreated to laugh not at the actual material but the fact of Foot having the crackpot gall and enthusiasm to deliver jokes he perfectly well knows are not logically funny.” What was Paul’s show called again, Malcolm? Words. If you criticise how he uses them, try not to do it in a sentence that starts as a question, then splits an infinitive, then begins an unfinished clause before vanishing up your own gaping rectum.

I mean, I understand you’re probably really bored and want to move on to something else. But you write mainly for Fest, so it’s not as if there’s a sub-editor, or a proof-reader, or anyone else who’ll turn that dog’s dinner of a sentence into a tasty literary treat. So just pull your sodding finger out.

Malcolm JackWriting for THE SCOTSMAN / THE LIST /FEST (Reviewed in 2014) 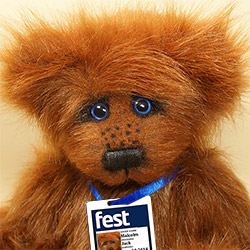