It’s always difficult reviewing reviewers who are bed-and-breakfasting in comedy when it’s clearly not their specialism.

Blacksell spent the 2013 Fringe reviewing music, but then reviewed one comedy show – Alistair McGowan. Why? Because “back in the day, Alistair McGowan’s Big Impression was a firm family favourite in our house”. Right then. So I expect you liked it? “Alistair McGowan is fantastic at what he does.” Good, glad we cleared that up.

Why do publications like Broadway Baby let anyone review anything? Not just in terms of hiring people more wet behind the ears than the average otter, but in letting any one of them dip their snouts in whichever Fringe trough appeals to them? If they would at least pretend that their reviewers had a background, if not expertise, in their chosen area of entertainment it might garner more respect. 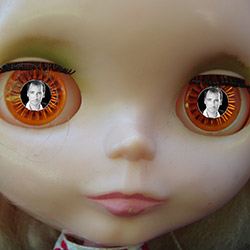