Lene Korseberg is an OK reviewer, but she lacks confidence in her own words. The result is that she says the same thing over and over again, but in a different way.

To illustrate this point, Lene Koseberg could be quite a good reviewer, but tends to over-explain things as if uncertain that her point is getting across – so each sentence is reformulated several times. She would be better at reviewing if she didn’t run through every possible combination of equivalent phrases, each of them arriving at the same conclusion. With the entire lexicon of English at her disposal, Lene Korseberg has a vast choice of words for each sentence she commits to type. But she must be prepared to make those tough choices, and stick to them, rather than reconsidering her original point in a slightly different way. In this way, Lene Korseberg would be a better reviewer, and the world would have a little less newsprint. You see how annoying this paragraph is?

Actually it can go on for more than one paragraph. You could have moved onto the next one thinking “Lene Korseberg will talk about something else now”. But no, Lene Korseberg has deconstructed her last point and rebuilt it with a slightly altered selection of words. In this way. Lene Korseberg detracts from what might otherwise be quite readable reviews.

Broadway Baby writers seem to have a bag with Oxford. Emma Obank wrote: “With quite a weighty reputation you would expect great things from the Oxford Imps” (before slating them). Similarly Korseberg writes “The Oxford Revue is an institution in its own right, and so any year’s Fringe show has rather a lot to live up to” (before slating them). Have these two been copying each others’ homework? At least her colleague only told us once how much the comedy of the dreaming spires annoys her. Korseberg tells us in several different ways. Why should a group of students ‘live up to’ the work of previous students just because they’re from the same university which is, in any case, merely a federation of disparate colleges? This idea that shows returning each year under the same banner have a point to prove to posterity is nonsense on stilts. They’re just students, and they deserve to be assessed on their own merits; they can’t channel the spirits of their dead (or just graduated) predecessors.

So, to recap, Lene Korseberg might one day achieve greatness, were it not for her tragic tautologous twattery. And I say that only because I have exhausted all polite alternatives. 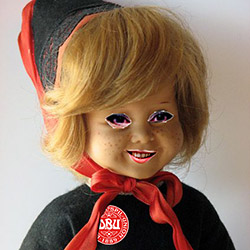