Jessie Maltin’s reviews look odd on the page. It’s not her fault: Broadway Baby’s brand new layout puts the first paragraph of each review in a massive font size, with the subsequent ones much smaller, and – unlike her Hollywood film-reviewing namesake, Maltin tends to only write two paragraphs.

Sometimes, though, less is more and Maltin’s formula is hard to disparage. The first paragraph tells you what the show is about; the second tells you whether or not she liked it. How easy is that, reviewers of the Brian Logan school? No flannel, no padding, no bathos, pathos, hyperbole, trickery, big-dickery or Copstickery.

Maltin gets a little tangled up in how “accessible” she finds each bit of comedy she sees, complaining, for example, about Ed Byrne’s 40-something subject matter. Reviewers would do well to remember that the average punter is a good 15 years older than the average notebook pundit at the Fringe these days. But on the whole this is a minor whine; Maltin says no more than she needs to and expresses her ideas with élan.

That said, it takes a five-star review to get a truly descriptive sentence out of her. Of Piff the Magic Dragon she explains that “experiencing a professional manipulate dozens of fragile props whilst ¬simultaneously entertaining a large crowd and parading around in a dragon costume with a similarly-attired pooch was nothing short of a pleasure”. This was as florid as she gets. Oh, and she spelled ‘simultaneously’ wrong. I’ve corrected it here, because I’m nice. I could have done it without saying anything about it, but… well, I just didn’t. 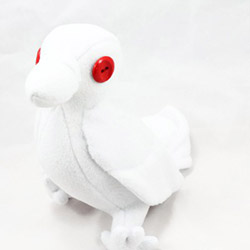