It’s passing strange that, at the 2013 Fringe, the comedian Sarah Campbell was reviewed in two different publications by reviewers who didn’t go on to review a single other comedy thing that year. What happened? Was there a conspiracy? Did Campbell have them killed? Did Campbell pose as a reviewer to review herself? This could be the Fringe Da Vinci Code if anyone had the time to look into it, or anyone cared, or there wasn’t any such thing as coincidence.

In any event, it’s putting undue pressure on Sarah Campbell that we must review the work of a reviewer entirely on her appraisal of Sarah Campbell, especially when she might in fact be Sarah Campbell (she’s NOT Sarah Campbell, forget I said that. Jess Duxbury is REAL. Nobody would infiltrate a publication just to give themselves three stars).

Duxbury usually reviews theatre and seems to view comedy as an odd novelty. “Her show is an enjoyable mix of self-deprecation and unashamed honesty which is refreshing at a festival based around the concept of people dressing up and playing pretend,” Duxbury writes – wrongly, strangely, confusing-the-Festival-with-the-Fringe-ly and entirely as if stand-up had just been invented.

This isn’t to say that her style is jarring. In fact it’s quite readable most of the time (well, throughout the one comedy review she bothered to write). She must desist with ending her sentences with exclamation marks, though! As you can see, it’s really quite annoying! Such punctuation nasties should be confined to comics sending out their PR spiel! Or for emphasising a sense of horror when discovering the bodies of the people who reviewed Sarah Campbell! Aaaaagggghhhhhhh!!!

Jess DuxburyWriting for THE SKINNY (Reviewed in 2014) 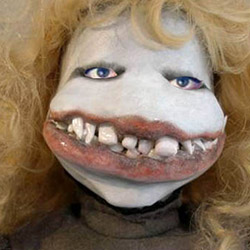