Jenni Ajderian proofreads science journals, apparently, which would account for what, in this publication, is an uncharacteristic lack of typographical errors in her reviews. She also has a nice way of recreating the atmosphere of the gig. Of Dan Cook she writes: “The tiny venue makes it possible for the comic to stare down audience members as he delivers one-liners, meaning that, as well as the joke, we have the character, the intimate gaze of the comedian and the eventual giggle he allows himself.”

Nice. It does get a bit Pseuds Corner at times: “In bringing more bodies into the comic team – even seating two members of the overflowing audience on the stage itself – the acts break not only the fourth wall but the backstage curtain, with no room left for pretension.” Still nice though.

We can only wonder why Ajderian is so stingy with the stars when she seems to be in transports of delight. “Highly professional, wonderfully witty and perfectly paced” (Durham Revue, three stars); “Riotously funny” (Dana Alexander, two stars). Perhaps she’s trying to maintain an air of professional aloofness. In this vein she could do with taking herself out of the picture – no more “I found myself waiting with trepidation”-type passages, please. But there is generally little to fault in Ajderian’s writing or the care she takes in constructing her reviews. She’s one of the good ones. 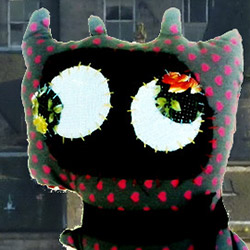