Of Milo McCabe’s 2014 offering, Mannamara writes that the comic “is wired to create and unite idiosyncrasies in order to form characters of real comic integrity.” He then goes on about the audience “repartee” (how nice to hear the word ‘repartee’ in this day and age! I thought it had been retired along with ‘’courting’ and ‘breeches’): “In these exchanges there are interesting glimpses of where he ends and his characters begin, and in this hinterland are the most exciting moments of the show.” Crikey!

I can’t decide whether Macnamara is babbling on like an NME journalist circa 1986 or whether he really does relate to comedy in a metaphysical sense, so that comedic ambiguity turns into palpable space (Lord help me I’m banging on like him now). But if the latter is true, then Macnamara ought to give up reviewing poxy, pointless theatre – which accounts for 90 per cent of his reviewing output – and stick to the comedy. A few more experiences like this and he’ll be touching the hand of God.

You can tell that Macnamara is a theatre rather than a comedy critic: he likes comics who have, in his words, “some serious acting chops” like Sean Walsh and McCabe. Also, no comedy critic would say “Such is the wonderful nature of improv” and expect to be taken seriously ever, ever again. But his lack of cynicism is quite engaging even if things do get a bit out-of-body at times. He describes the themes without hammering them home, and he gives a taste of the humour without spelling out the jokes. Maybe more theatre critics should review comedy. They seem to be more sensitive to spoilers. 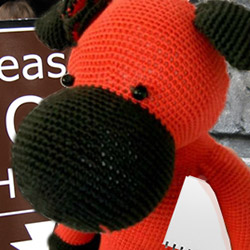