Well, I wasn’t about to make any such easy conclusions. Perhaps Jack Powell’s review of The Bob Blackman Appreciation Society Bonanza would be a work of standalone genius, such that a follow-up review could only diminish both its monolithic otherness and the shadow it casts across its entire oeuvre. Sort of like Harper Lee’s To Kill A Mockingbird, and the subsequent rubbish book that pissed on the perceived genius of Harper Lee.

Well, there’s nothing particularly wrong with Powell’s one review; he doesn’t even make it obvious – like so many ‘dippers’ do – that he’s outside his cultural comfort zone. Who can argue with him when he chooses to cut his comedy teeth on something both free and deliberately absurd, or doubt him when he writes that “The Society’s material is some of the most original and uncompromising I have ever seen”. He goes on: “I was moved to tears of both hilarity and incomprehension”.  It still only gets three stars, for reasons he explains rather well: “While not necessarily accessible or evenly-structured, its ambition is incredible and idiosyncratic. I urge that you attend, but I can’t promise a completely pleasant or agreeable time”.

In short, Powell writes like a Victorian doctor, and I rather like that. But why isn’t he better employed? Doesn’t he know that there is a severe lack of Victorian doctors reviewing comedy, and a surfeit of homeopathic quacks? 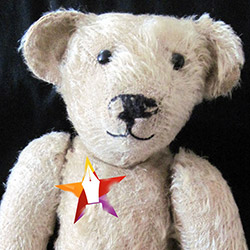