Good old Geoff. You can rely on Geoff. There’s no double-talk, no arty conceits. Not even a surname. Well, it’s Geoff Evans, but he likes to keep it informal and we should respect that. So… Geoff. Just Geoff, taking himself down the comedy and then writing to tell us whether or not he had a nice evening.

There’s something about Geoff’s review-writing that puts me in mind of the thank-you letters that children are made to write to relatives. Or a local newspaper giving the minutes of a WI meeting. There’s something of that overly polite longhand, full of forced smiles and stiff formality. “[Hal] Cruttenden is certainly going to be a huge name in the entertainment business and I will be looking forward to catching him the next time he is in the area,” he says. “[Ben] Verth is a big man with surely a big future and I look forward to watching his progression, in the meantime check his show out quickly and see if I am right.” This is as edgy as he gets.

Rather than explain the writing behind comedy – or indeed any of the genres he reviews – Geoff simply says that the thing was “well-written”, although with Ben Verth he also stretches to “immaculately delivered”.

Much has been argued about whether you can really describe an event to someone who wasn’t there. Some say you can’t. So perhaps it’s just as well that Geoff doesn’t bother at all. But you have to like Geoff. He’s not trying to get on anyone’s case or make a statement about where comedy is going. He’s just telling you about some stuff he enjoyed. So carry on, Geoff – and thanks for sharing. 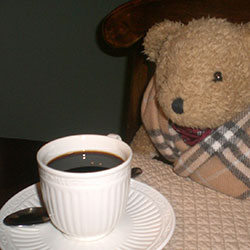