Gavin Leech is a theatre reviewer who only drifts into a comedy show once per Fringe, it seems.

In 2013 he reviewed Jim Higo’s Free Fringe show That’s Not How You Spell Pedantic, and back in 2011 he had a look at Kev Orkian.

“Punk poet and grammar-nazi Jim Higo has a list of language crimes and social media bugbears,” writes Leech, seemingly unaware that in a review of someone obsessed with spelling and grammar he has inserted an unnecessary hyphen and spelled Nazi with a lower-case n.

It is telling that, in the two reviews we are able to assess him by, Leech inserts an awful lot of his own pre-conceits.

He chastises Higo for claiming to be a socialist while joshing about the pattern of modern working-class speech, claiming that by doing both these things Higo is “contradicting” himself. This seems a bit of a stretch.

Similarly, Kev Orkian delivers “a series of cheap shots at immigrants, gays, the Swahili language, and Essex,” claims Leech, failing to tell us that Orkian is in fact playing the character of a recent immigrant. Such crimes of deliberate omission don’t really endear this reviewer-reviewer to Leech, and neither do his certainties that the acts he reviews are just trying to be bad copies of something else: “Tries to be Dudley Moore. Ends up a bore”; “half-cocked John Cooper Clarke imitation”.

In the main, Leech is far too preoccupied with sounding witty and urbane, and the thing he’s looking at suffers as a result. Let’s all be thankful that, if he returns to the Fringe, he’ll be spending almost all his time watching theatre, whatever the point of that is.

It seems to turn people into dicks. 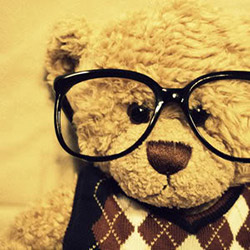