Heather McDaid writes reasonably well. This is faint praise of course, but I’m guessing she is very young – many of her sentences trip over themselves and the reader is often stumped by confusion, bad grammar and ambiguity. Not that these faults are confined to youth, of course. But McDaid’s prose seems to have a nervous stutter to it that suggests a writer whose skill, or skull, hasn’t yet hardened.

“Joseph Morpurgo (Austentatious, Monkey Toast) brings his intelligent character comedy to the Fringe,” she tells us. “Easily transferring between a diverse range of sketches, the audience find themselves taken in by some surprisingly dark characters.” This sentence doesn’t just dangle a modifier so much as hang, draw and quarter it with horses.

She continues: “But with dark comes light, from the impromptu R. Kelly appearance to a theatrical interpretation of his own technical assistant being in love with him”. With who? Joseph Morpurgo or R. Kelly? Did R. Kelly really make an appearance? Wasn’t he a paedophile? Is this relevant? All too often in McDaid’s reviews we’re left asking questions.

Most of the time this is due to carelessness and a desire, possibly, to wrap the review up in as few words of possible. But our notion of what went on in the performance is blurry at best. “Few have the prowess to encapsulate the emotions of a group of pixels on a Nokia 3310, but this results in Morpurgo’s most interesting skit.” It sounds intriguing, but what’s going on? You sense that McDaid is doing a drive-by review. You just want her to relax, take a deep breath and explain things properly. Now, s-l-o-w-l-y, what is this business with the Nokia pixels?

McDaid talks about each nuance, slip and laugh reaction she sees as if that’s the way the show ALWAYS goes; there’s no caveat like “on the night of review” or “on this occasion”. It also seems to escape her that some jokes are not offered in the expectation of getting unmitigated hilarity in return. So we get amusing statements such as “His passing comment on the entire feminist movement post-Emily Davidson is met with a stony silence, so much so he appears to backtrack, while his Holocaust material divides the room”. Holocaust material so often does. Probably. McDaid should know, as she writes that “Few comedies that start with praising Hitler end well”. I can’t think of enough examples to prove her right or wrong.

In spite of all this, McDaid shows some promise. It’s refreshing that she felt Mark Restuccia was too coy with his internet dating stories; other reviewers seemed to think he was laying the filth on too thick. She isn’t without stylistic skill either, for example pointing out that Eric Lampaert “comfortably owns every oddity about himself”.

McDaid could be good. She just needs to see the bigger picture, and slow down.

Heather McDaidWriting for THE SKINNY (Reviewed in 2014) 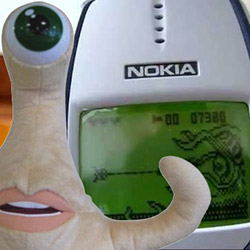