Frances Greenfield gives almost everything four stars, almost as if she doesn’t want to get on anyone’s bad side. Her negative comments come in throwaway statements of clumsy praise: “[There’s] a series of spontaneous one liners that most comedians couldn’t have written given a week,” she says of Battle Acts, expressing her contempt for Most Comedians.

She has some other annoying traits such as saying that something basic and bawdy she watched offered ‘uncomplicated’ laughter, as if seeing something like Robin Ince requires a manual. Also, if she is going to review comedy, she needs to know that compere is not spelled COMPARE. A mean, that’s just basic.

But what rules Greenfield out completely is her candid admission in her biog blurb that “When not writing on the subject, she performs sketch comedy with LUDScribble, who will be bringing their first show to the Fringe in 2013”. Excuse me, but WHAT THE FUCK?

I’m fed up of saying this so I’ll be brief. You can’t do comedy AND review it. It’s like swimming in your own piss. It’s disgusting. Decide which it is you want to do, and then do it and have a bloody shower afterwards. It’s your choice. But there is a choice to be made. 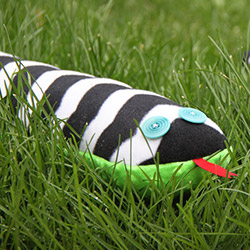