There’s no affectation to Eve Livingston’s reviews; they’re straight as an arrow hewn out at the Rolls Royce machineworks. The quality isn’t far off either.

If Livingston has one fault it’s perhaps her conviction that she has to comment on every bit of the show; not quite blow by blow but certainly every major movement. Talking of which, there’s a moment in her appraisal of Next Best Thing: How to be Good at Everything where her rather anodyne treatment turns a tad puritan:  “The show does at points rely on toilet humour, which can seem incongruous with the style of wit and writing elsewhere”. However, since she’s fine with another show where the future is predicted in bog paper (Kat Bond: Loo Roll), we can only conclude she’s genuinely counting each show on its merits.

Livingston is particularly interested in how the audience is reacting to the show, which is no bad thing. Bond “responds well to unpredictable contributions”; with Next Best Thing “it becomes clear that many of the crowd are not comfortable with what is being asked of them”. This sounds a bit like she’s extrapolating an on-the-night experience into a general point, but it’s fair to say that discomfiture is something she positively enjoys when watching Evelyn Mok: “At points she treats truly upsetting admissions like punchlines, looking to the audience for a reaction as they grapple to find the correct one.”

From the evidence available, it doesn’t appear that Livingston has a bug she can’t bear or a grate she won’t mitigate. We must start our 2017 reviewer-reviewing off by awarding her the Fringepig Star of Reasonableness, 2nd Class, with oak leaves and sprinkles. Which is another of those truly upsetting admissions, I suppose, but one we’ll all have to deal with.

Eve LivingstonWriting for THE SKINNY (Reviewed in 2017) 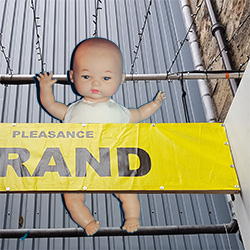