My show is called Peachy and loosely follows on from Lady Muck but without being any kind of direct sequel. It’s a positive and upbeat show that looks at everything I’m proud of achieving this year, about gaining control and learning to stand on your own two feet and grab life by the balls.

My first proper gig was for the So You Think You’re Funny heats in 2012 when I was 18. I was on with Lost Voice Guy – whatever happened to him eh! It was above a pub in Newcastle and I did it for the stage time cause I had no clue how to get involved with comedy but I got through to the semi-finals and it’s safe to say it snowballed from there

Sometimes I just really like to be alone so I can get my head together. And it’s hard cause occasionally I get cornered by someone before a gig and my anxiety goes through the roof cause I’m like OH NO I don’t want to ask you to leave me alone in case I look rude but also every second you talk to me is a second less I have to get my head together which is in turn making my head less together than it already was second by second.

My best review was probably the first ‘real’ review I had, not just for a competition set or a normal gig but my first review for an hour long show. It was a few days into the festival from The List and I was their first five star review and I cried before I’d even read it because it was the first moment of proper confirmation where I was like ‘people are getting this and liking it.’ The worst review was for a competition final and was ironically the first review I ever got EVER and I was crucified. It was heartbreaking to read and I cried (seems I cry either way) for most of the train back to Newcastle and a nice boy sitting next to me shared his haribo with me.

I’ll try not to, at least for the first week or so, but maybe I’ll be tempted. I think it all depends on whether you feel like it’s gonna break your confidence or not and if it is, it’s not worth it

I mean, so many people whinge about reviewers but then their poster will have all their best quotes and stars on from reviews. They’re sort of a necessary evil aren’t they? They fill us with dread but we all want to have a decent pool of quotes to be able to sell our shows and some star ratings on the poster to entice in punters. I don’t mind them. I think some are great and fair while some just look to pick things apart and be overly pretentious. You’ve just got to get a thick skin to shrug off the snobby ones and enjoy the fair ones who either appreciated what you did and wrote something glowing or were at least constructive in what they wrote if they didn’t without being a prick about it

This reminds me of critical thinking at school where no matter which answer you give, the other side will give enough valid points that leave you straddling both sides of the fence while wondering if there’ll be pizza on the menu for lunch cause your heads battered and you need a snack and lie down. Although the obvious criminal offence here is choosing ‘Count Dankula’ as an alias

I think anything is fair game, but the joke has to be funny. It’s entirely possible to make comedy from any subject in my opinion, and we shouldn’t shy away from sensitive or taboo matters but just tackling those things in your set doesn’t automatically mean it’s comedy. It has to actually be funny.

I once wore blue eyeliner.

Supporting Katherine Ryan at The Lowry in Salford. It’s such a beautiful venue and it had sold out so it was packed. The crowd were just amazing and it was one of those ones where I loved every single second up there and felt like all the shit gigs up to this point had been worth it. My social media went mental after with compliments which is my favourite reason to get a notification. Plus we got Wagamamas on the way back.

Find Lauren Pattison on the web - 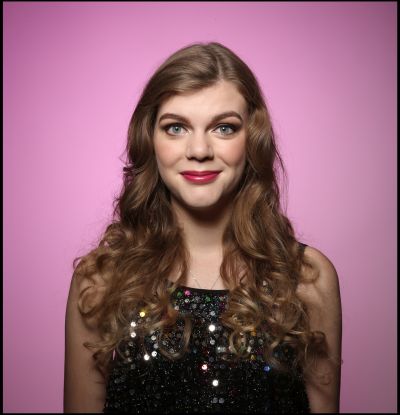 Find Lauren Pattison on the web -

I mean, so many people whinge about reviewers but then their poster will have all their best quotes and stars on from reviews. They’re sort of a necessary evil aren’t they? They fill us with dread but we all want to have a decent pool of quotes to be able to sell our shows and some star ratings on the poster to entice in punters.