We were beginning to think that the art of the reviewer brainfart was passed, so thank all that’s holy for Eva Hibbs. Her small stack of reviews so far provide some of the most perplexing and intractable sentences yet committed to the canon.

Hibbs has reviewed some shows with very out-there conceits, which in itself shows a healthy interest in the unusual. In such cases it can be best to explain the idea behind the comedy or just leave it well alone and concentrate on the jokes. Hibbs makes the error of going in halfway so that we’re intrigued but left scratching our heads. Of Kill The Beast’s Don’t Wake The Damp, she tells us “‘The Damp Is Rising’, where the team make the most of their screens-on-wheels set-up, is performed to a West End standard and, like the bacteria itself, lingers for a while after it’s introduced”. I can GUESS what’s going on here (I think), but why am I doing all the work? I didn’t get the free ticket did I?

Her review of James Veitch is clearer; a man “cursed by his friends and family for taking jokes too far”. “This has got to be some of the most satisfying stuff of the summer,” she declares. Such unmitigated and positive conclusions are rare and wonderful. She should make more of these conclusions and do less explaining about how she arrived at them.

It comes down to Hibbs’ use of words really. “It’s rare to get people laughing to the point of crying whilst simultaneously spreading a sense of poignancy,” ‘Spread’ belongs either with a noun or with a cliché like happiness. I’m not sure what consistency poignancy has but it’s hard to imagine it being spread. It’s odd little hiccups like this that evoke a sense of Alan Partridge. “To wrap Kill The Beast’s third show up in a nutshell would be to allow the ‘nut’ a coconut status,” she attests; a statement that would be right at home on Mid Morning Matters. She returns to the coconut later in Kill The Beast’s review, like a comedian doing a callback to a routine that had failed to begin with. “Like a coconut – what’s inside is not the most robust and actually comes out flooding, at speed.” Er… what?

Goodness knows what Briony Redman is meant to take away from her review; the conclusion finds that “Yes, favouring tested models of success limits room for originality, but what should we actually do about it?” It doesn’t make any clearer sense on the page.

The blunt conclusion is that Hibbs is reaching for a prolix writing style that is possibly out of reach and wouldn’t serve her needs anyway. She simply needs to tell us what is going on in the show and whether or not it works. “The energy with which Kill The Beast transport you, however, cannot be contested.” [she writes]. “We’re nothing if not taken back there, to a time a before, to a style of things that, no matter whether you were born in ‘55 or ‘95, is equally nostalgic.” I have no idea what this statement is doing, what it wants or why it hangs around so long with its mange and its sad eyes. The only civilised reaction to it is to take it outside and shoot it. 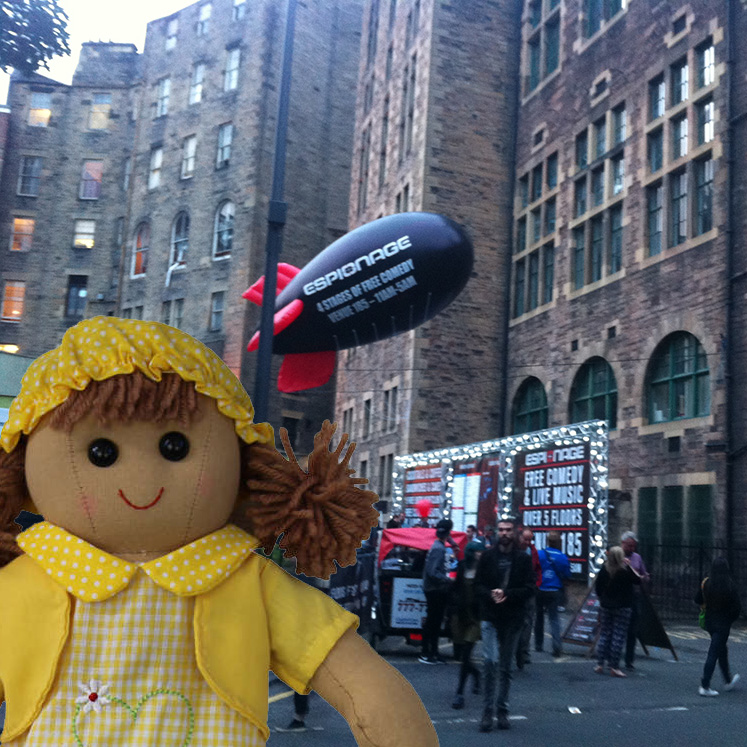