If I had to sum up Claire Sawers in one word it would have to be ‘dismissive’. She is airily dismissive of things she finds too insubstantial, like Phil Wang or Rhys James. In James’s review, in fact, she’s trying so hard not to care about what he does that she seems to suggest she doesn’t know what’s going on in the industry: “…the ‘haircut comedians’, presumably a new genre where puppyish, pretty, young, but underwhelming, still undercooked stand-ups get chucked in, and doused in faint praise”. In other words, she doesn’t know what it is, but she’s pretty sure she hates it.

The stuff she gives three stars to doesn’t get any greater respect: Dead Ghost Star is “enjoyably batshit, child-friendly comedy gibberish” and Jo Caulfield is “a professional snide; an acid-tongued, quick-witted moaner”. Susan Calman’s fans are “mostly early-to-bed Radio 4 listeners and ‘the cliterati’.”

Low-starred shows are rarely given itemised pointers by which they may improve themselves, in fact it’s a feature of Sawers that her twos read like threes and her threes may pass without a single admonition. Yet in most of her appraisals there’ll be an airy one-line brush-off that makes it clear just how predictable and tedious and generic most of the treats laid out for Claire Sawers truly are.

She can be just as efficient with her praise. “[David] Trent looks like Goliath, but thinks like David, and his Charlie Brooker-style bashing of pop culture and current politics’ daftest muppets is very deftly done, “ she says. And I would like to reinforce that point with a second example, but I haven’t been able to find one.

Claire Sawers is a deeply ungenerous reviewer, but that’s not to say that she is a bad one. She is sharp as a cat’s claw most of the time, particularly considering the volume of stuff she writes. You just wonder whether she should stop it, and find a job she likes. 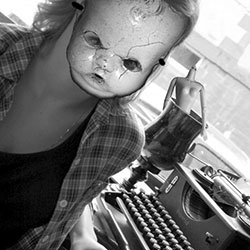