Caro Moses is not your average Three Weeks notepad itinerant trying to make a name for herself on the contents of her spleen. Oh no! Moses is a proven talent. Her own bio states that “Moses was part of the ThreeWeeks team at its very first Festival in 1996, and has led the magazine since the late 1990s as Co-Editor”. (Why oh why do some people capitalise their job titles as if what they do is really important? I’m sure that even someone as imperious and deluded as Hitler would have just written “I love comedy even though I’m the führer”. And Germans capitalise all their bloody Nouns, like the Dick Twat Fuckers they are.

Anyway, Moses’ main gig is writing the ‘3 To See’ previews, where she scans the Fringe brochure looking for three shows with some sort of thematic, nominative or even metaphysical connection and tries to say something good about them even though, it’s quite evident, the connection may be spectacularly tenuous and she probably won’t have seen the thing she is recommending. In such cases she’ll write something like “the word of mouth on this one is pretty compelling”; the ents-reviewer equivalent of “here be dragons”.

On the whole, her writing is weaselish but not grammatically bad. But if there is ever a Nuremberg trial to atone for crimes against reviewing then, by her own admission, Caro is one of the ones giving the orders that others merely followed. “On ThreeWeeks, she leads recruitment, commissioning and the sub-editing team” she writes of herself, in the third person. Moses, you’ve recruited an army of brutal dopes. You’ve commissioned… well I don’t believe you’ve commissioned anything, to be honest. You’re not Cosmo. And the least said about your leadership of the sub-editing ‘team’ the better.

Will you at least start to make amends by putting a space between Three and Weeks? Banging two capitalised words together to make a zeitgeisty title is something we used to do in the noughties when we used AltaVista to look for things to buy on BooHoo, on the new-fangled Internet, which we also used to capitalise, and which we all believed was going to be Brilliant with a capital B. Actually, I’ve changed my mind. We’ll write Fringepig as FringePig from now on. You see what you’ve done, Moses?!? 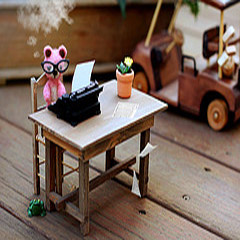