Ben Williams – young though he is – does not let youthful exuberance get the better of him. His reviews are sober, sensible and invariably clock in at just under 300 words. He gives a good taste of what he’s seen without banging the stuffing out of it. In short he’s a disciplined writer who treads just the right line between chatty and serious.

As someone who has, on more than one occasion, struggled to explain to others exactly why James Acaster is funny, Williams’ review was a godsend: he really hits the nail on the head: “By the end of the hour you’re totally sucked into his minute, quizzical world, where Yoko Ono IS addicted to biscuits, and Joe Bloggs IS a prat. And it’s a wonderful world to visit.” It was thanks to Williams, too, that I finally realised how Claudia O’Doherty’s show worked and why it was called Pioneer. Why do so many reviewers just step over the bones of the shows they see?

His prose is exceedingly readable; his wit is sharp but not rapier-like. “But if this is his anger cranked up to 11, off stage he must be as peaceful as the Dalai Lama on a spa holiday,” he says of Carl Hutchinson. “Most of his material is disappointingly MOR,” he continues, forgetting perhaps that anyone over 35 is still coming to terms with LOL and ROFLCOPTER.

Williams is good, but does spoil it a bit with school-teacherly signoffs along the lines off ‘Ah well, it’s their first Fringe, I’m sure they’ll get better’ and ‘maybe next year’. It’s nice to know that he wants to be encouraging, but his pointers are genuinely valuable, and would serve the two-star acts better than gloss like that. Besides, he’s way too young to talk down to people.

Ben WilliamsWriting for TIME OUT (Reviewed in 2014) 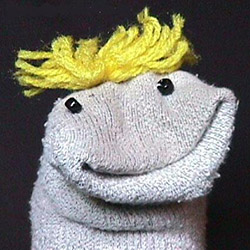