this is an article from 2018Rep-resentin’!

This article was first posted on Wednesday, August 15th, 2018 Filed by Mister Kipper

For women comedians, the Fringe affords a refreshing break from having to represent 49.6 per cent of the global population every night… says ELEANOR TIERNAN

When embarking upon the Edinburgh Fringe, female comics who have been pounding the UK and Irish comedy circuit for the past 11 months should prepare themselves for an unexpected curveball: the likelihood of crossing paths with comedians who also are women.

“There are others?” I hear the first-timers among you ask. Indeed there are. Just like you, they weave their magic in clubs across the country during the first slot after the break. So entrenched is this format I hear it’s called “the lady spot”, although there’s a chance they could be talking about something else.

Female comics who have never been to Edinburgh could be forgiven for thinking they stand alone, so rare is it to encounter another on a lineup. Outside of fringe time promoters putting together comedy nights mostly book no more and sometimes less than one female comic.

Like fluoride, female comics are carefully administered to the public to maintain a healthy smile, but kept at a low dosage because of the tremendous damage we would inflict if left unchecked.
In Edinburgh there is a much wider variety of shows and genres. You’ll have showcase shows that promise 200 comics in 55 minutes and, while I’d be suspicious of the quality of these, the odds of there being more than one woman increase dramatically. 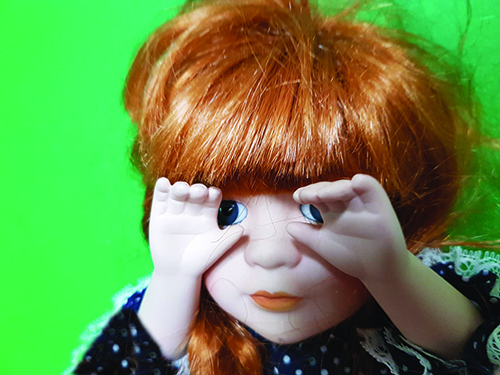 There’s relief for female comics in this. Those affected will know that the one- per-bill policy brings the vague and impossible task of representing your gender. As a woman you may be just one comedian of four or five, but it is also the case that you are all the women on the roster. And because people seem eager to decide female stand-ups are no good, everything you do and say in your set can be taken and said to apply to all of your gender. If you do some risqué material, for example, people who were there will be able to say that all of the females on the lineup talked about sex and it will be true.

A male comic can say whatever he likes and no such judgments about the male gender are made. But in Edinburgh there is less need for women to engage in what I call “idiot proofing”, where you scan your material and remove content that makes it easy for sexists to dismiss you.

On the comedy circuit, the area behind the curtains often doesn’t provide for the fact that more than one gender shares a space. You can imagine that with just one woman each time it’s hard to summon up the will to cater for these extra requirements.

I’m talking about the extra wardrobe/make up preparations a female comic might wish to do. A mirror, or even a private changing area. Without an ally, you mostly just make your way to the public loos to apply mascara side by side with the audience you are about to perform to. In Edinburgh you can be backstage, run out of hairspray and find some in another performer’s handbag, theoretically speaking of course.

When there are more women, people stop questioning your being there. There’s less chance of someone asking which performer’s girlfriend you are. Sometimes it’s fun to pretend that’s why you’re there, to see their jaw drop when you go onstage. 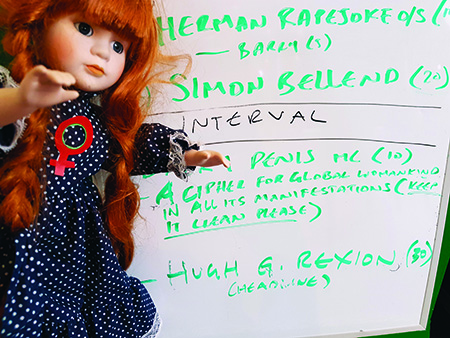 Of course it’s not all good news. Realising you’re not the only female comic on the bill has the potential to expose assumptions you’ve made in your set. If you open with a joke about being the only woman on the bill, that’ll need to go. However, the creatively ambitious ones among us will recognise this as an opportunity to evolve; to refine and sharpen our viewpoints. To adapt and survive.
Being female is no longer enough of a perspective by itself so we’re forced to ask ourselves: What kind of woman am I? Follow that path for long enough and it eventually becomes possible that gender has little to do with stand-up; it might just be human beings connecting.

Promoters tell me just how much effort they put into finding good female comics and I believe them (I have to). But the scope and size of the Fringe is undeniably a more fertile ground for diversity.

I don’t mean to suggest that Edinburgh is an idyllic feminist utopia. It has its problems. But female comics here have more chance of catching the eye of another comrade in the trenches. Knowing you’re not alone can make things tolerable and shared eye rolls, even with a stranger, are underrated. 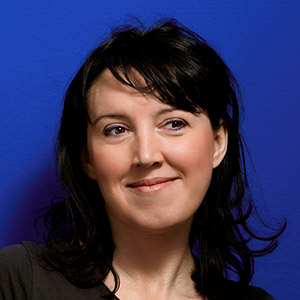