this is an article from 2017Moose Abuse

This article was first posted on Wednesday, February 22nd, 2017 Filed by Mister Kipper 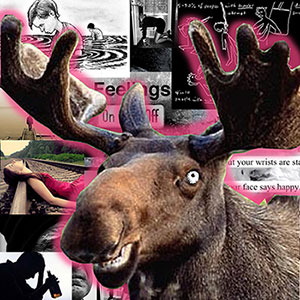 The Amused Moose National New Comic Award is ripe for satire (see here) but today the Moose galloped, like Isis or the Trump administration, into hyperbolic forests too dense even for lampooners to follow.

In a process that observers have called brutal, painful, surreal and darkly amusing, dozens of would-be contestants were each sent seven emails in quick succession yesterday, all of them at least as confusing as the one before it; each attempting to correct mistakes in the previous message.

The emails were sent to hopefuls in the annual Amused Moose contest who had been waiting to see if they had made it into a ‘heat’, the first of many stages towards the final that will take place in Edinburgh this year. Some, among them Maggy Whitehouse and Gabby Killick, were sent a message to tell them that they had got through to a heat, followed by another to say that they had failed to qualify. Another then told them to “ignore the previous email”.

While seeking help online, Whitehouse commented “As both the first emails came within a couple of minutes of each other, I’m not entirely sure which email I should be ignoring.” Rosie Holt, another would-be contestant, commented “This rollercoaster of emotions is almost as thrilling as the competition itself”.

Fringepig knows of another comedian who was sent the emails, this time concluding with the good news that he WAS through to the heats. The comedian in question had never entered the Amused Moose National New Comic Award.

The seventh email of the day sought to extinguish any lingering hopes in the bosoms of the rejected entrants, already emotionally exhausted from a long day of reading Hils Jago’s emails. The seventh one told them to abandon hope several times, including one time in red (see below). The heats that these entrants were rejected for involved the chance to do 90 seceonds (yes, a minute and a half) of standup, and to be judged on that for a place in the next round. Amused Moose owner Hils Jago has often stated that she is looking for ‘star quality’, often taken to mean physical good looks, rather than pure comic talent.

Disappointed contestants should not, perhaps, feel despondent about their comic chops. Early dismissal seems to most strongly indicate that Hils Jago, for better or worse, doesn’t fancy you very much.

Last time the Amused Moose reported on entries to its annual contest, there were 460 entrants for places in the competition, meaning that Ms Jago may be in the process of sending 3,200 emails, most of which should probably be ignored. Or not.

The Amused Moose Laugh Off, as it used to be known, has been going since 2006. Comedians who win it can be sure of either becoming famous or not. At this juncture it seems safe to say that, of all those who did NOT enter the Amused Moose National New Comedy Award 2017, only one person has made it to a heat. As yet there is no reliable news for the 460 or more who did.

Thanks to the invention of the internet in 1990, Hils Jago has avoided having to pay out £2048 in stamps. 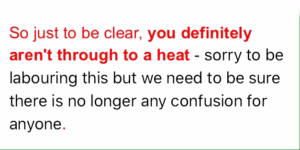 Previous ArticleA Room With a Poo
Next ArticleSlum Chums 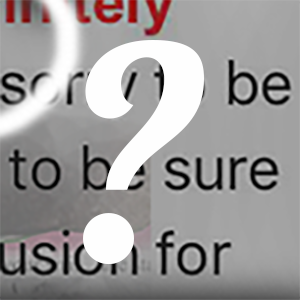