this is an article from 2017A Room With a Poo

This article was first posted on Saturday, February 18th, 2017 Filed by Editor 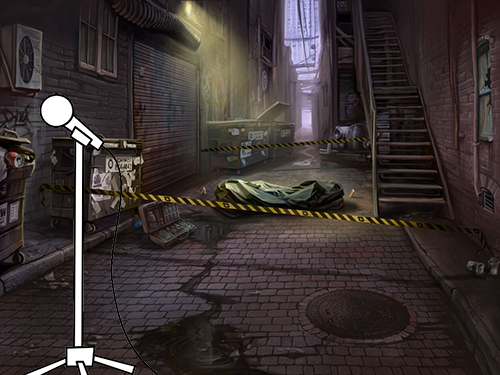 When you work as a comedian you accept, as normal, a thousand quantum leaps into cruel and unusual situations that, in any other job, would have you invoking the Health and Safety at Work Act, or updating your CV on company time, or… well, just walking out.

Being left for an hour in a bare room that’s freezing, or sweltering, with nothing to eat or drink. Being fobbed off over money. Being lied to, abused, time-wasted and swindled. Being told there’s no money because hardly anyone turned up, with the suggestion that it’s your fault for being so damn obscure. Being told on arrival in Bumfucknowehere that there had been a misunderstanding, there is no accommodation included at the Bumfucknowhere Ibis, and can you take the headliner home via Chiswick?

There remains one slight, however, that hits harder even than the root vegetables hurled towards our elective pillory. One gob of saliva in the eye that just stings a bit too much. It’s so accepted that comedians will read this and shrug and go “Oh, that,” as if I’m complaining about something bleakly immovable like death or taxes or Brexit. It’s this: When you book a room in Edinburgh, most of the time you have no idea what that room looks like.

You will spend a long, long month in it, bleeding your soul through your mouth and trousers, yet as often as not you don’t know the first thing about it: the sightlines, the acoustics, the lighting. Nothing. It’s like an arranged marriage between your ego and a venue manager’s bank account. It could be a beauty or a beast. It will take your fortune as dowry. Will you get on with it; will you have a partnership, or will the room beat you to death every night as your hoarse entreaties bounce off its stony walls and heart?

Well no, it isn’t enough because I’m a real person with the social standing of, at the very least, an incontinent pig in a Muslim country and I deserve at least that much respect when I fork over real money.

There is, as ever, the illusion of choice. Unless you’ve been on something with Rachel Riley or Dara O’Briain then the offers you get will generally be an array of places you would rather not be, at times you would rather be asleep, or thinking about lunch. And, as if Phil Spence is working your dreams, there’s always a wild card option – some room that’s new this year, or a good place at a time that’s crazy but might just work, or some new arrangement where a big place has arranged the balsaboard partitions in a different but equally unworkable configuration to last year. Or a place where the toilet exploded and killed two people last year “but that’s all sorted now”. You will scoop out the meagre goodness from your curate’s egg of choice and then you’ll try to familiarise yourself with your new home. And you can’t.

Rooms I have played include a refrigerated nightclub toilet-lobby where your nostrils were burned by the miasma of freezing wee wee and a little brown present was found by the mixing desk. There was a place where the leaking roof provided a verruca footbath on entry. There was a place where football fans would come to the comedy from the big screen downstairs – ONLY if their team was losing to the extent that they were too angry to watch anymore. There was a sort of dungeon where I had to burn flyers soaked in citronella to exorcise the smell before it started: a man in a giant panda suit jumped up and down in there in 40-degree heat, every night just before my slot. Does any venue manager tell you who is in just before you, or whether they plan to do fecal action painting or read fortunes from cat entrails? No, they do not.

Does it matter? Well yes, it matters for comedy if comedy is to adapt and evolve. For my second Fringe show in 2008 I thought I’d make an effort, so I went to have it directed by a woman who does theatre. She was all like: “you’ll need a follow spot at this point, a diffused green backlight here; get some bounce on your fill lights.” I said “Seriously, there will be a light if I’m lucky. And hopefully a microphone. And that is all.” She said “Really? For THIS much money?” She said that, as an actress, she would never accept that and didn’t know anyone in theatre that would.

Maybe, just maybe, that’s why theatre is encroaching on comedy’s patch. Because the comic actors who turn up to do things like Austentatious or Baby Wants Candy come from a background where you DEMAND the venue gets the lights and the sounds and the bells and whistles you need, otherwise there’s no show. Theatre companies have people with sharp elbows who actually know what to ask for and who does what. They actually studied the thing they ended up doing; not like us dicks who started out in ‘real’ jobs we hated. Maybe they even vote in the Equity elections, like no comedian member ever, ever has?

Comedians come from a background of working for people who think stagecraft is a sister art to witchcraft and who will pay you with a dirty look, forward-dated. Whereas the newbie theatre group arrives in its own pot of fecund manure, the solo open-spotter is cast like a seed onto concrete. Bloom, and the people with the venues will actually talk to you about what you might need next year. Maybe. 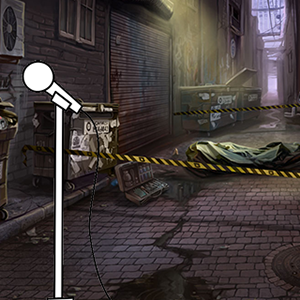