Andrew Bell has an irritating habit of talking about things we have no idea about without bothering to expand on them. “the gloriously un-PC American God is the stand out moment” he says of Guilt and Shame, leaving it entirely at that. “The mind reading phone gimmick doesn’t really work”, he adds, later. Either explain the specific thing, or describe the performer’s style in general terms, Andrew. Don’t throw in a noun and leave it to go septic.

His other bad habit is reviewing mixed-bag collaboration shows as if that’s what the punter will see every night. He does this with Eleanor Conway’s Comedy Rumble and with Arguments and Nosebleeds – in the latter case complaining that someone had turned up with a bodhran, despite it being the show’s last performance. Complaining that a cobbled-together free show that will never, ever be performed again and which the reader has no chance of ever seeing contained, on its last performance, an unnamed man with a bodhran that he will never play in this show ever again, must rank as the most pointless thing I have ever read, and I have read Fools Rush In by Anthea Turner.

That said, I like Andrew Bell because, for the most part, his reviews are solid, unpretentious and do the best they can with Three Weeks’ silly word limit. I’m also going to give him an extra pig for being the only reviewer of 2013 to understand and appreciate Phil Ellis’s show, plus another pig for not just understanding the point of Seymour Mace but for using the phrase “a rip roaring, ridiculous rollercoaster”. 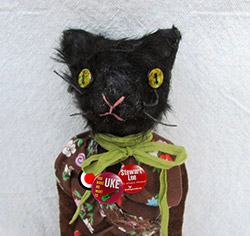