Tony Challis is so terrible at what he does that his reviews must be interpreted a line at a time, sort of like the lethal Monty Python joke. I will attempt it now with his review of Alasdair Tremblay-Birchall’s Alasdair Lists Everything, but be warned: this is weapon-strength stuff.

“Alasdair has a show which does not quite do what it says on the tin…” [He doesn’t really list everything. He only lists an hour’s worth of things each day.]

“Rather than listing, he states and states…” [States AND states!]   “…random items, some quite imaginative. Combing back hair/sleeping beside your father, was one sequence that stuck with me…” [Shame about the unnecessary comma]

“…Such things were uttered for an hour with no development…” [So it kind of ONLY does what it says on the tin?] “… Sometimes he got quite a few laughs…” [That’s good!] “… mainly from women…” [Oh right. Ew.] “Clapping for ever, until you die, he mentioned…” [For any real reason, sentence backwards?] “I didn’t do that.” [No, that is self-evident. Although…]

“A guy in the row in front of me listed to one side…” [Why have you suddenly gone all nautical, Tony? Or do you mean the man was also making a list, but to the side of Alasdair’s list?] “…rubbed his brow, seemed to be fighting sleep, and went out, but (loyally?)…” [You are right to question yourself] “…returned. Alasdair never shouted, as he does on the poster…” [Have posters been shouting at you again, Tony?] “…but was laconic…” [Laconic means ‘using very few words’. Alasdair used very few words in a show where he ‘lists everything’?] “…almost shy-seeming…” [He seemed shy?  Or he was shy? Or did he ALMOST seem shy? Or almost was shy?] “…and sometimes paused, as though thinking of an ending for his phrase [Pussy!].

“No intro or talking to the audience as audience…” [As opposed to the audience as turnip], “…and he just walked off, smiling [NO. FUCKING. WAY. I hope you’re going to remark on the gall of this!]. “If I had the gall to do this…” [THANK you. And?] “As I left…” [So you’re really not going to finish that last sentence, then?] “…the woman collecting said, Thank you for sitting all through it…” [Did she really phrase it like that? She didn’t speak like, say, an actual person would?]

“Yet it could be redeemed; Alasdair has a surreal imagination and quite a well-stocked mind…” [Bold move going for the semi-colon after that phrase. Like shitting your pants at school and immediately announcing your candidacy for class president]. “If he actually got an act together, linked his material in some kind of system and related to his audience, he might become a passable stand up. [But this is performance art/stand up. You did bother to bear that in mind, right?]

“Go for it, feller!” [And after the hatchet job, he hugs the corpse.] 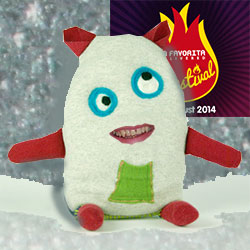