Tom King writes with a confidence that’s quite rare in Broadway Baby’s many web pages; what’s rarer still is the sense that he actually knows what he’s talking about. I don’t even mind his swipes, such as calling some poor chap “the antimatter of improv”. I’m too enamoured with his flow.

What’s more, he knows how to use commas. This may seem an inane thing to say – can’t all reviewers use commas? No, they can’t. Most of them would use commas to wedge doors open or winkle bits of mutilated bread out of their crappy Argos toasters. But they wouldn’t know a pause from a clause if each of them fucked them up the ear. Tom King can write a paragraph of Joyceian length, with innumerable clauses, and you don’t even realise you haven’t taken a breath yet. That’s how good he is with commas.

What’s also nice is the style of eloquently describing what an act is about and then, in the last paragraph, summarising the reviewer’s own personal feelings. It’s little things like this that will pull reviewing out of the primal pool. 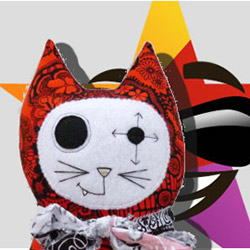